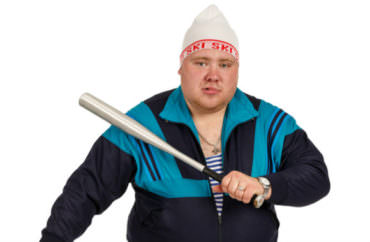 Big advantage: The fake posters don’t get torn down

Do you want to join the anti-fascist movement in Seattle? Don’t pay attention to the posters telling you to visit SeattleAntifa.com.

The website domain is more than an elaborate prank by the University of Washington College Republicans. The club told The College Fix it’s a better way to advertise in the vicinity of campus, where their non-prank physical flyers are quickly torn down despite following campus regulations.

CRs President Chevy Swanson bought the domain name as a joke some time ago and only recently redirected it to the CRs’ own website at uwrepublicans.com, he told The Daily.

The club then made a bunch of SeattleAntifa.com flyers and posted them around the campus neighborhood.

This didn’t sit well with legitimate Antifa activists in the Seattle area. The Daily spoke to a student activist, “RR,” who admitted that he and peers were taking down the flyers without telling campus cops, “because they don’t trust UWPD.”

RR justified the teardown on the suspicion that “the fake domain was used to track IP addresses and phish.”

Swanson flatly denied the accusation, telling The Daily that the UWCRs only get base analytics – “what time people visited, what pages people are coming from” such as Twitter, and “minimal” IP addresses that are not “organized in a searchable way” and will probably “trace back to UW’s own servers due to the wifi and security.”

University of Washington college republicans posing as antifa to recruit. Spotted on the Ave. @teethnclaws pic.twitter.com/LFZgbD1RjH

The fake Antifa posters were actually quite effective for the CRs, according to an unidentified club member who answered an email from The Fix to a generic club address.

The flyers “stay up longer than our regular posters which get torn down very quickly,” the person said:

It has proven our point to the students that our posters get unfairly taken down. If you look at how ours get taken down faster than the fake ones and the ones for other political groups, it becomes clear.

Due to the locations where the CRs placed the posters, they did not need prior approval from the university. “We only post our real posters inside of campus buildings,” the person said. “The fake Antifa ones are posted on poles outside of campus.”

The fake posters also gave the club free media attention from The Daily, which the CRs member said “was not 100% planned.” But it has been “very helpful for sending people to our site.”

MORE: CRs leader says she was threatened by school employee for Milo event

they fuckin redirected seattleantifa(dot)com to the UW republican club page?? who are they even trying to trick? very creepy https://t.co/kp8pL8qWNq

Offensive flyers are most common complaint to university bias team

The club told The Daily it was planning an event bigger than anti-feminist provocateur Milo Yiannopoulos’s visit to campus in January.

Though a protester got shot in the chaos outside the venue that night, the university did not shut down the Yiannopoulos event. UW President Ana Mari Cauce later said that doing so “would have sent the message that a risk of disruption or conflict can be used to overwhelm our rights.”

The club pared back its ambitions for any single event in its email to The Fix, however.

“We have plans over the year that would be bigger than Milo, as in cumulatively,” the unidentified member said:

We are planning large events on that scale, and arguably bigger if we can pull it off, but those are very early in planning stages, and announcements of any kind won’t be made until we are further along.

The person did not provide more information on the potential nature of those events.

The Fix asked the university for more information about its role in investigating systematic teardowns of authorized flyers on campus, and whether the CRs have been the subject of bias incident complaints.

“The university does not approve individual posters,” Director of Media Relations Victor Balta responded in an email. “We have codes against vandalism on campus and, when we can identify the person responsible, there are disciplinary actions we can take.”

Balta said that to his knowledge the CRs had not been the subject of bias reports.

The university’s Bias Incident Advisory Committee said in its most recent report – covering November 2016 through February 2017 – that “flyers/posters/posts” drew more complaints than all other categories combined. CORRECTION: The original article misidentified the first name of the CRs president. He is Chevy Swanson. It has been amended accordingly.

MORE: UW president mocks Milo critics as afraid of a gay man in a boa