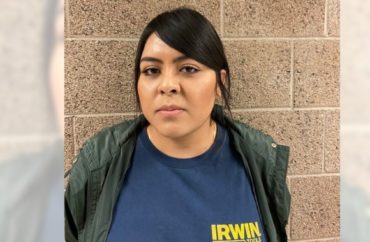 A student who reported herself as a victim of a hate crime has been charged with faking it.

California’s La Verne Police Department said it determined that last year’s “series of threats” against a University of La Verne student group and its leader Anayeli Dominguez-Pena were actually sent by Dominguez-Pena herself.

The threats were so severe that the university “cancelled classes for a day to ‘reset’ and deal with the threats,” the department said. Dominguez-Pena has been charged with two felonies and two misdemeanors: criminal threats, perjury, “electronic impersonation” and six counts of filing a false police report.

“The investigation concluded that the suspect acted alone and no other members of the student group were involved with the criminal acts,” which included framing an innocent fraternity and its president for the hate crimes.

Dominguez-Pena is being held on a $200,000 bail. She was identified with the help of the Los Angeles County District Attorney’s High Tech Crime Unit and its Computer Forensics Unit, Santa Clara Police Department and the Silicon Valley Rapid Enforcement Allied Computer Team, the local police said.

The Christian university issued a statement noting its “inactive” student’s arrest for sending “a series of racially-based threats” against members of the campus community.

It noted that the university “took these incidents extremely seriously, canceling classes, dedicating significant resources to supporting those who were impacted, and providing additional safety measures to the campus community.”

Rather than question the university’s eagerness to implement a slew of diversity mandates in response to a potential hoax, however, President Devorah Lieberman bragged about everything it has done:

Over the past year, the university has implemented mandatory diversity training for all faculty and staff; required training addressing unconscious biases and equitable practices for all persons serving on search committees; offered workshops for faculty on how to create inclusive environments and implement diversity and inclusivity framework within curriculum; strengthened the office of Diversity and Inclusion through the hire of a new assistant director; and opened the Ludwick Center for Spirituality, Cultural Understanding, and Community Engagement.

Still coming: “listening and discussion sessions” on how to “create classroom inclusivity” and assess everything through “an equity lens,” and implementing a new classroom evaluation including “measures on cultural awareness/competency.”

Lieberman said the hoax will not deter the university from its “sincere and necessary work of addressing the very real issues of race and social justice that persist locally and nationally.”

In a statement even more rare than a university admitting it was hoaxed, the La Verne administration also said it will “respect the due process rights of the accused.”

Dominguez-Pena pleaded not guilty to the charges in court, the Daily Bulletin reports. She faces up to eight years in prison.

She allegedly put a “smoking backpack” in her car as evidence of another hate crime, police said at a press conference announcing her arrest. Classes were canceled as a result.

Police chief Nick Paz speculated that Dominguez-Pena impersonated the fraternity president “to instigate some racial issues within the university. She was sending messages to certain people and the comments that were being sent were of a racial nature.”

(Police and media reports omit the hyphen in the arrested student’s surname, while the university includes the hyphen.)