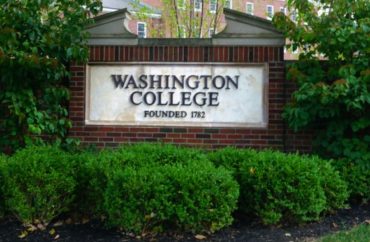 Is ‘The Sound of Music’ banned now, too?

A private college canceled a student-produced play that satirizes the Ku Klux Klan an hour before its final dress rehearsal, saying it could trigger some people on campus.

Maryland’s Washington College denies that the last-minute decision amounted to censorship that will chill the expression of other student artists.

Instead, a spokesperson emphasized to The College Fix that the administration seeks to “balance the right of free speech with our values of inclusion and compassion.”

“The Foreigner” drew prior administrative attention because the interim chair of the theater department, Prof. Laura Eckelman, notified administrators of its content two days before the final dress rehearsal, Director of College Communications Wendy Clarke wrote in an email.

Free speech and theater groups warned that the college’s rationale for canceling the play – “some characters dressed in KKK robes,” as Clarke said – could also be used to shield students from popular theater productions or films, such as “The Sound of Music” and “BlacKkKlansman.”

“We urge Washington College to immediately reschedule the production and demonstrate, through its actions, its respect for the work of its students and its commitment to academic freedom,” read a joint statement from the National Coalition Against Censorship, Dramatists Legal Defense Fund and Foundation for Individual Rights in Education.

Twice as many ‘students with marginalized identities’ as a decade ago

Theater artist website StageAgent describes “The Foreigner,” by American playwright Larry Shue, as a two-act comedy/farce that is “ideal for” high school and college theater productions.

Its synopsis says two Englishmen visit a fishing lodge in rural Georgia; one is “too depressed about his wife’s illness” to speak, leading the other to tell the Georgia guests he can’t speak English. They start sharing secrets around him, believing he can’t understand them.

It’s not clear whether Washington College’s version was tweaked to better appeal to a modern college audience. Student newspaper The Elm says the play “centers on a group of people who feel ‘othered’ by society in various ways, including premarital pregnancy, neurological differences, and age.”

The newspaper cites a Nov. 11 email from President Kurt Landgraf’s office that says the community bond developed over the course of the play “is threatened by the xenophobic anger and self-proclaimed entitlement of two other characters.”

Administrators told The Elm that they took into account the changing demographics of the 237-year-old private college, the first chartered in the United States, when deciding the play’s fate.

Spokesperson Clarke said “students with marginalized identities” had more than doubled in the past decade, making up more than one in five students in 2019. “This represents a cultural shift in demographics across the country that WC is responsible to maintain,” President Landgraf said.

Senior Megan Stagg, who directed “The Foreigner,” said she was drawn to the play’s central concept, “that not everyone is who they claim to be and do not feel like they fit in all the time.”

Without consulting Stagg, the administration decided to cancel the play a day before the Nov. 8 opening night. Stagg told the paper that cast members also received “negative messages” about their participation in the play, including that they had shown racial bias or silenced others. She did not respond to a Facebook message from The Fix.

Junior Will Reid, a dramaturg, had also been scheduled to lead a post-show discussion panel on the KKK elements after the Nov. 8 performance. “This show is about giving a voice to the voiceless and we have been undermined and received hate for it through the cancelation,” he told the newspaper.

The administration issued a joint response after The Fix called and emailed Clarke and Eckelman (left). Clarke wrote Nov. 22 that Eckelman had emailed Counseling Services, the Department of Public Safety and Dean of Students Sarah Feyerherm two days before the dress rehearsal. She warned them that the play “could potentially upset some members of the campus community” because of the characters in KKK robes.

Administrators held a meeting the morning of Nov. 7, hours before the final dress rehearsal, that included Feyerherm, staff members, Eckelman “and another theater professor,” Clarke wrote. “In addition to the concerns expressed about how the particular scene from the play would impact some community members, the group discussed several alternatives that could allow the production to continue while mitigating the impact on members of our community.”

They held an afternoon meeting the same day to “include some student voices” as well as “staff members who are advisors to minority student groups on campus.” This meeting included Dean of the College Patrice DiQuinzio as well as Feyerherm and Eckelman.

The ending of the play proved too much for the constituencies that were consulted. The Elm said it featured “disenfranchised protagonists” defeating characters in Klan robes, who are “clearly set up as the antagonists.”

Landgraf implied that Eckelman should have given administrators more than two days’ notice before the dress rehearsal. Her department “could have done a better job at including constituencies on campus to understand the content of the play and converse about it,” the president said, according to The Elm.

No different than letting ‘objections to books … determine the syllabus’

The joint statement issued by Clarke did not directly answer Fix questions. They included whether the cancellation has potential chilling effects on student artists; whether the department needs advance permission from administrators to stage plays; which “constituencies” were consulted about canceling the play, as Dean DiQuinzio mentioned; and what an “inclusive” version of the play might look like. (DiQuinzio and Feyerherm told The Elm such a version was being discussed.)

Rather, Clarke referred The Fix to reporting by The Elm and reiterated the messaging of President Landgraf (right).

She rebutted “erroneous information” from “social media and elsewhere” that the cancellation amounted to censorship, that the college was staging a spring production of “The Foreigner,” and that the administration “pushed this decision over the will of the Department of Theatre and Dance.” Clarke said that “Prof. Eckelman made this decision, with Dean DiQuinzio and Dean Feyerherm supporting it.”

She also quoted from Landgraf’s Nov. 11 email, which has not been released publicly: “Censorship is anathema to the core values of Washington College, and this was never our intent.” He also said “it is our job, as a liberal arts institution, to create a space where difficult issues can be faced head-on and thoughtfully discussed.”

The Elm further quotes Landgraf’s explanation: “The campus was not prepared for the content of the show, and the decision was made to be respectful of our student populations.”

Eckelman also said the cancellation was not “an act of censorship” but rather “a course correction made by and with the theatre department.” Staging the play would not help “train the next generation of citizen leaders” because it would amount to “ignoring each other’s pain,” she told The Elm.

The free speech and theater groups said they were “deeply disturbed” by the cancellation of the production, nearly two years after Stagg, the director, first started working on it.

“Apparently the very presence of the KKK in the story, no matter how strongly the story condemned them, was upsetting,” wrote the National Coalition Against Censorship, Dramatists Legal Defense Fund and Foundation for Individual Rights in Education in their Nov. 20 statement.

Many schools read “To Kill A Mockingbird” and people watch films such as “BlacKkKlansman,” not to glorify the evil of antagonists but to highlight the ability of  an individual to make a difference in those societies, they noted.

While listening to “the voices of the campus community” and offering discussion opportunities such as “talk-backs” after the play, Washington College “should no more allow the voices of some students the power to censor a student’s work, than it should allow objections to books taught in class to determine the syllabus,” the groups wrote.

If the college is skittish about representations of Klan members, they asked rhetorically, how would its students “deal with history itself, the violence of which far exceeds the caricatured villainy of The Foreigner?”