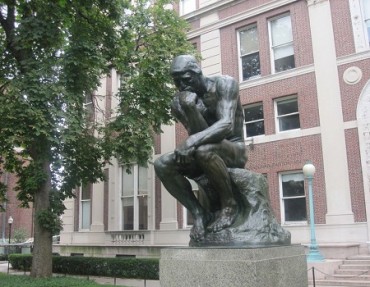 President Lee Bollinger of Columbia University announced a $30 million fund for hiring minority and female faculty. Over at Minding the Campus, Roger Clegg explains why this is manifestly illegal:

You shouldn’t have to be a math whiz to understand that Title VI does not equal Title VII.  President Bollinger of course knows that, in its 2003 Grutter v. Bollinger (“That’s me!”) decision, the Supreme Court said that universities could discriminate – to a limited degree – on the basis of race and ethnicity in student admissions under, among other federal laws, Title VI.  And so it is commonly assumed that it must also be okay for universities to weigh race and ethnicity (and sex) in the same “diversity”-driven way when they hire faculty.

Wrong. The Grutter decision said nothing about Title VII of the 1964 Civil Rights Act, which covers employment and which has different language and jurisprudence than Title VI.  The federal courts have never recognized a “diversity” exception to Title VII, and are unlikely to. In fact, when that issue was about to be decided by the Supreme Court in the late 1990s, the civil-rights establishment hastily raised enough money to settle the case.

The gist is that student diversity and faculty diversity are separate matters in the Civil Rights Act, and the courts have treated them as such. Bollinger cannot simply mandate that all new hires be minorities.

Of course, even if he were legally able to do, this would still be an odious plan. Universities should foster cultures of equal treatment and respect, where people are valued for their individuality and ability, not for a racial heritage they didn’t choose. A hiring program that essentially says, “Woman? You’re in. Black? You’re in. White male? Maybe later,” is destructive to the very kind of society that a good university should want to create.