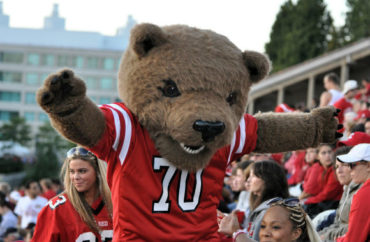 It will pay attorney’s fees as well, once they are assessed

This happened to a male student at Cornell University, who formally accused his sex partner of sexual and physical assault before she filed a Title IX complaint against him.

Cornell judged “James Doe” responsible based on the testimony of his accuser’s non-eyewitnesses; redacted information from Doe’s complaint, without his permission, that contradicted his accuser’s testimony; and refused to investigate his allegations, he claimed in a federal lawsuit.

Though Doe won an appeal of his temporary suspension, another official resurrected the charge with no warning – after he’d been diagnosed with “severe anxiety and major depressive disorder.” He attempted suicide the same day.

A year and a half later, Cornell and Doe have reached a settlement where the Ivy League university will pay him $125,000 to drop the litigation. This is before attorney’s fees, which have yet to be assessed and which Cornell will pay to Doe’s lawyers once the judge approves them.

Cornell’s options for responding to the suit were limited from the start because of its federal appeals court, Johnson told The College Fix in an email. It could have filed a motion to dismiss, “but it would have had no chance of prevailing” under the 2nd Circuit’s precedent against Columbia University, which involved similar factual allegations.

Syracuse University and Hobart & William Smith College, both in New York, learned this the hard way when their motions to dismiss in similar cases were rejected, Johnson said. The 2nd Circuit precedent is also why Yale has not attempted to dismiss the high-profile lawsuit by its former basketball team captain, Jack Montague.

“Several months of the Cornell case were consumed in mediation, though the case technically was pending throughout,” Johnson said.

Andrew Miltenberg, attorney for Doe, told The Fix he couldn’t immediately explain the action in the case since its filing a year and a half ago.