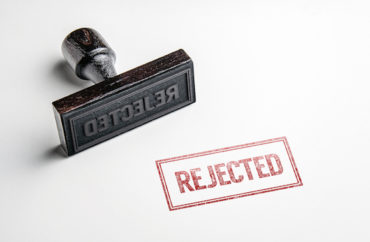 A public university recently defended the privileges of a pro-life crisis pregnancy center to conduct outreach on its campus, refusing to bar them from the school after protests and objections raised by socialist students there.

The State University of New York at New Paltz declared that it is committed to remaining “viewpoint neutral” with regard to who it allows on its campus. The protesting students, meanwhile, declined multiple opportunities to expand on why they oppose the pregnancy resource organization’s presence on campus.

Earlier this semester the campus group the International Socialist Organization announced that activists were planning to rally against the Bravo Center, which has a periodic presence on the school’s campus at the invitation of the university’s Catholic Campus Ministry. The group ended up protesting the clinic, claiming that it “spread[s] misinformation regarding abortion and uses scare tactics in order to perpetuate myths regarding abortions.”

Nevertheless, the university is refusing to bar the organization from its campus. Mike Patterson, the school’s student activities and union services director, defended the Bravo Center’s presence on campus in a statement to the school’s student newspaper The New Paltz Oracle, saying: “We must remain viewpoint neutral and even handed when we make determinations [regarding guests]… If we had a Planned Parenthood, then it is only fair to have The Bravo Center.”

Campus spokeswoman Chrissie Williams confirmed to The College Fix via email that Planned Parenthood has been invited to campus before. Williams said that any group invited to campus is there “as the guest of the student group that invited them.”

The student newspaper reported that the school’s Student Health Services “discuss[es] all options when counseling a pregnant student. These include maintaining the pregnancy and keeping the child, adoption and termination of the pregnancy.” Williams confirmed to The Fix that, at the health center, “emergency contraception is supplied at cost to students” who want it.

The director of the Bravo Center, Elaine Skibiki, told the student newspaper that, contrary to the claims of the protesting students, “there’s nothing [at the Center] that’s hidden, no one is coerced or manipulated. These accusations are based on fallacy.”

In an editorial, the editors of the student newspaper wrote that the Bravo Center’s claim of a possible link between abortion and breast cancer has been “thoroughly debunked,” including by the American Cancer Society.

The Bravo Center says on its website that it offers “free, confidential counseling and support in a comforting environment.”

“The Bravo Center of Ulster County does not perform or refer for abortions or arrange adoptions so we have no financial interest in your decision,” the website adds.