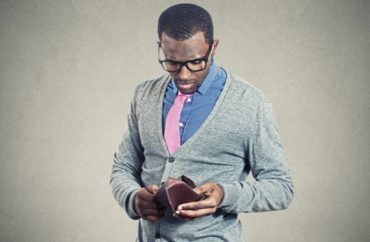 Why has the price of college increased so rapidly in the past 30 years?

Among the many theories proffered by scholars and researchers at a Cato Institute event Wednesday, one jumped out: Diversity is expensive.

“Students today are more expensive to educate” than past generations, said Douglas Webber, an economics professor at Temple University who identifies as politically progressive.

They are “much more diverse” than the “traditional demographic” that paid relatively little for their educations, he said. Thus, college costs and tuitions are apt to increase as schools transition away from educating monolithic student bodies.

The panel debated competing theories to explain the skyrocketing costs of education.

One progressive explanation, as described by moderator Eric Kelderman of The Chronicle of Higher Education, is that rising tuition results from state disinvestment in higher education.

Baumol’s Cost Disease, another theory, correlates the rising salary in already-established positions such as educators with the overall increase in salaries within the private sector. In other words, colleges are currently competing with the privatized job market.

“The point is that if you want someone to teach students cutting edge econometrics [or] statistics, you have to pay more than you used to. Improvements in technology (e.g. productivity in [the] private sector) have fueled this,” according to Webber’s presentation.

Since the “private sector competition for PhDs has increased,” candidates are now “paying more to get the same [degree]” in pursuing a doctoral education, Webber told the event.

This conservative outlook asserts that as the federal government has increased financial aid for college students, schools have increased tuition to use pupils as a vehicle to secure subsides at a much higher rate. The name derives from a New York Times op-ed from 1987 by then-Secretary of Education Bill Bennett.

McCluskey marshalled some statistics for the hypothesis. Since 1980, tuition, room and board has risen $14,000 on average at public colleges and $31,000 at private colleges

Simultaneously, the number of students receiving federal aid has jumped nearly 30 percentage points in two decades. In the 1992-93 school year, 58 percent of students used federal aid, a figure that reached 86 percent in 2015-2016.

Academia has embraced the state disinvestment theory while continuously rejecting the Bennett theory, according Jason Delisle, resident fellow at the American Enterprise Institute.

There’s a “double standard” that makes it “hard to get a fair comparison between these two” in research, which can be politically slanted, he said. Bennett was “always met with immediate skepticism and a demand for rigorous econometric studies, empiricism, data,” in the media and “policy circles” that “control these debates.”

“If you going to make this [Bennett] claim you better bring a great study and a PhD in [economics], and then it would get torn apart and scrutinized like crazy,” Delisle said.

In contrast, for anyone who claimed that lower state spending drives increasing tuition, “you needed to basically produce no evidence other than one line up and one line going down,” he continued. “In the policy community and in the media, that was good enough.”

‘There is a big psychology component’ to high tuition

But everyone agreed none of these broad theories is a “silver bullet” answer to a multi-layered question. They can agree on other causes, namely the increasing extravagance of college facilities.

Webber cited the overall increase in the standard of dormitory quality and luxurious yet “wasteful” campus amenities such as the “infamous lazy rivers.” According to Kelderman, the reporter, about two dozen campuses have lazy rivers.

Too many students are choosing “amenities over academics” as they pick a school to attend, Webber said. The cost of “campus living is rising faster than the actual cost of living,” Delisle added.

On the lazy river issue, their emergence is “a symptom of a system that has a lot of third-party [taxpayer] money” – too much, according to McCluskey. He sees federal aid as an “enabler” of wasteful spending in this regard.

The dynamic of many colleges is that they are “too big to fail,” and have “no incentive to become more [financially] efficient,” McCluskey concluded.

Another factor that Delisle laid out was that students are choosing more expensive and prestigious universities instead of more affordable local institutions.

The conclusion the student is likely to draw: The more expensive school sees more value in her.

On assessing the actual value of universities, the current tool of measurement is “[tuition] versus earnings comparison.” This can be found on the College Scorecard introduced by the Obama administration, which has been extended by the Trump administration as well.

Universities are in constant competition with one another to better their respective positions on the higher education paradigm that is the U.S. News’ ranking system. Delisle called this the new “proxy for quality.”

“They are acting like businesses in a massively subsidized industry,” McCluskey made clear.

In terms of solutions, Webber proposed improving the productivity of education by holding institutions more accountable in general.  Delisle said that the government is in a “unique position to seek out this information.”