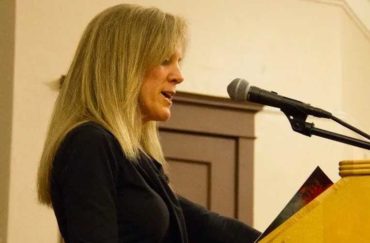 Classroom feedback should address what students think, not how they feel

Writing professor and author Rachel Toor, who has been teaching for 15 years, argued that students shouldn’t express gratitude to each other simply for “sharing” their opinions or work. Instead, they should seriously consider their peers’ output by critically evaluating its merits.

“For adults,” Toor wrote April 13 in Inside Higher Ed, “‘Thank you for sharing’ is an appropriate response in group therapy and meetings where people don’t give their last names.”

It’s meant to signal that the environment is welcoming and supportive. It acknowledges that some things—especially deeply personal, even shameful feelings—require bravery and vulnerability to voice,” wrote Toor (pictured).

But telling the student that her mere act of contribution is something to be praised and treasured falsely implies that the value of student work is merely therapeutic. It implies a neutrality about the substance of what is being “shared,” and, in doing so, obscures the more crucial question of whether the work is good and true. It suspends necessary judgment about whether her opinion is badly formed, problematic, or just wrong.

“In college-level or graduate courses,” Toor stated, “our work is not about personal development. Of course, that kind of growth can and should be a by-product of education. But just as I don’t need to broadcast to students my political point of view or embarrassing television preferences, neither do I feel it’s my job to play therapist.”

“We teach students from their first composition course that they must have a thesis,” Toor stated. “It’s not about what they feel—it’s about how they think.”

“‘Thank you for sharing’ in the classroom,” she stated, “is a thought-terminating cliché.”

Putting one’s work into the world for evaluation can be an emotionally difficult experience, but it’s something that college students should expect as a matter of course. Furthermore, the insights of cognitive behavioral therapy teach us that magnifying the difficulty of an act can paradoxically make us more anxious and avoidant.

Focusing on the quality of the work, not the act of offering it, also helps keep criticism properly directed at “the piece or the idea, not at [students’] personality or life choices,” Toor stated. Maintaining a distinction between criticism of the work (crucial) and criticism of the student (unnecessary and potentially harmful) is pedagogically crucial, and “thanking students for sharing” confuses the two.

Furthermore, thanking students for sharing infantilizes them and fails to prepare them for the future. Employers don’t want inexperienced workers to feel entitled to congratulations without effort, Toor stated. The worker should not expect his boss or peers to acknowledge his act of bravery in doing the job, or its therapeutic value. He should expect his work to be analyzed on its merits.

If college is to prepare students for life, it should train them to expect and value criticism. They don’t need to be thanked just for showing up.