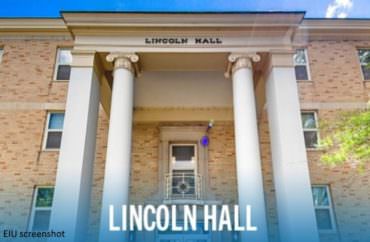 The “Lincoln Hall” dorm at Eastern Illinois University may be renamed because its counterpart at the school — “Douglas Hall” — has come under fire.

The university’s faculty senate recently passed a resolution calling on campus leaders to consider renaming the two dorms because Stephen Douglas, a Democrat, famously advocated for slavery against Republican Abraham Lincoln in a series of debates.

The resolution, approved Oct. 3 with only one dissenting vote, argues “Douglas Hall” could be misinterpreted as the university honoring Douglas and the principles for which he stood.

With that, the resolution calls on the University Naming Committee to consider a revision to the names of Douglas Hall and Lincoln Hall “to more specifically commemorate the 1858 debates for which the buildings were originally named in 1951.”

The Charleston, Illinois-based institution was home to one of the famous Lincoln-Douglas debates. The school’s website notes more than 12,000 people flocked to the city to listen to it, the fourth of seven debates held throughout the state.

“The significance of the 1858 Lincoln and Douglas debates within Charleston’s history is immense. They put Charleston on the map and attracted national attention,” according to the university’s website.

Of the senators present for the vote, all voted yes except one, Medieval Philosophy Professor Grant Sterling.

“Almost no one on campus actually sees the name as promoting Douglas’ views, so they’re advocating a solution to a problem that doesn’t exist,” Sterling told The College Fix. “The movement to rename the hall signifies overzealous political correctness.”

Sterling added the historical period of the debates should be a factor: “I do not approve of using the standards of today to condemn people in the past for views which were not radical by the standards of their times.”

As the voted upon motion was a measure to change the names of both halls, not just Douglas Hall, Sterling said he could not approve. He told The Fix changing Lincoln Hall’s name would suggest the president is unworthy of a building in his namesake, which would be “completely unacceptable.”

Sterling said he would not vote to name a building after Douglas today, “but the standards for taking a name off a building should be much higher.”

Prior to the senate vote, President David Glassman, who was in attendance, had suggested placing plaques on the buildings. This would clarify their significance as a way to resolve the issue, reports the Journal Gazette & Times-Courier. Glassman told the scholars he has already received emails from legislators questioning why he is “taking up this debate.”

“I want to say I am taking up this debate because we are talking about inclusion and the importance of living together and respecting all backgrounds and all people,” Glassman reportedly replied.

Eastern Illinois University’s spokesperson declined to comment to The College Fix on the matter.

Professor Sterling said many are perplexed by the whole controversy, that among much of the students, faculty, staff and community members, the most common reaction is “doesn’t EIU have more important business than this?”

Yet, this is not the first time the issue has been broached.

According to the faculty resolution, it was also debated in 2010, but the student government “voted against the measure at the time despite the objections of the Black Student Union, who objected to the fact that their voices were not heard in the dialogue.”

The 2017 resolution states the issue was reintroduced due to the current nationwide movement to remove monuments and rename buildings. 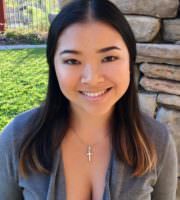