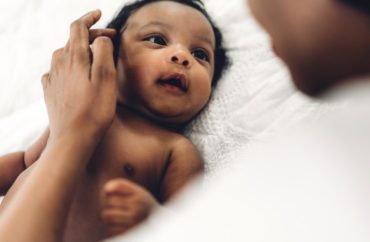 A group of 154 economists, many of whom are professors, recently submitted an amicus brief to the Supreme Court ahead of a December 1 hearing on Dobbs v. Jackson Women’s Health.

The brief states that the court should strike down a Mississippi law that prohibits abortions after 15 weeks because abortion access has “changed the arc of women’s lives.”

Particularly, the economists say, black women have benefited from abortion more than any other racial group, as seen by the higher rates of abortion.

“Another group disproportionately affected by abortion legalization was Black women,” the economists wrote. “For Black women, the estimated reduction in birth rate was two to three times greater than the reduction for white women.”

The economists draw on their backgrounds to argue that abortion has helped women succeed economically.

The College Fix reached out to five of the signers of the amicus brief to ask them if they had any concerns that their amicus brief could be interpreted to mean that abortion is good for society because it leads to fewer black babies.

Only one professor responded.

“An abortion does not mean that the woman does not have a baby later in her life, possibly a year later,” Claudia Goldin, economics professor at Harvard, told The College Fix. “My mother (a white college graduate woman) had two (illegal) abortions in the tumultuous early 1940s because she and my father felt they couldn’t afford to have children during the war (and contraception wasn’t perfect). But my sister and I were just what she wanted to have.”

Goldin did not directly respond to the questions regarding black women having abortions. The other four university economists did not respond to The Fix’s multiple emails.

The amicus brief cites the Turnaway Study, which looked at about 1,000 women from 2008 to 2010, some who were able to have abortions and some who were not able to due to legal prohibitions.
The economists highlight that women’s credit scores went up after they had an abortion.

Analyzing the results, the economists said women who were denied an abortion saw “a 78% increase in past-due debt and an 81% increase in public records related to bankruptcies, evictions, and court judgments.”

However, a business and social science professor at Catholic University of America said that abortion does not help women succeed.

“The study found that women unable to obtain abortions were more likely to live in poverty in the short term,” Professor Michael New wrote in an analysis in 2018 of the Turnaway Study.

“However, after a five-year period, the poverty rates of women who carried their pregnancy to term were almost identical to the group of women who had first-trimester abortions.” New wrote.

He responded to other claims, made by former First Daughter Chelsea Clinton, that abortion benefits women.

“Overall, these studies fail to make a convincing argument that Roe v. Wade has been economically beneficial for women,” New wrote at Lifenews.com.