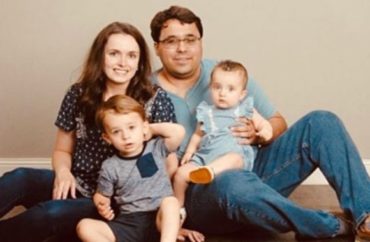 Austin Clark was a fourth-year medical student at the University of Louisville until June 2020, when he was expelled on the grounds that he was acting “unprofessional.”

Now, roughly a year later, he’s suing University of Louisville School of Medicine officials for discrimination against his pro-life beliefs.

Timothy Denison, Clark’s lawyer, told The College Fix that they’ve “filed a discrimination complaint on the grounds of violation of his civil rights, however the University of Louisville hasn’t answered our complaint. We’ll know if this will go to court or enter mediation when they do.”

The lawsuit, a copy of which was obtained by The College Fix, was filed against the university July 23.

Clark told Students for Life America that campus officials claim “I was being unprofessional, but all I’ve done is to be a vocal pro-life student, standing up to bullies.”

Denison said he predicts the university will “deny all wrongdoing.”

“Hopefully Austin will be able to find some justice, and this isn’t the first time this sort of event has happened,” the attorney told The Fix. “There’s precedent for redress in similar discrimination cases.”

The lawsuit lists numerous incidents that occurred between 2018 and 2020.

The University of Louisville is accused of allegedly submitting Clark to heightened scrutiny under “professionalism” standards; arbitrarily and capriciously awarding him failing grades; and removing him from the school of medicine for expressing his pro-life and religious views.

“I think it’s a very important case,” Denison said. “I think some redress and reparations are in order. It’s an important case for educational law across the country.”

According to Denison, Clark would prefer it if the school reversed its expulsion and allowed him to finish his final year of medical school. He said Clark would like to put the events of the past year behind him.

“He’d prefer to finish at University of Louisville. He’d like to finish his last year of school peacefully,” Denison said.

If the case is dismissed, he said he’s relatively certain that Clark will be able to transfer to another school and finish his education.

Editor’s note: The article has been updated to include a link to a copy of the lawsuit.

MORE: Why I filed a lawsuit against my university’s COVID vaccine mandate