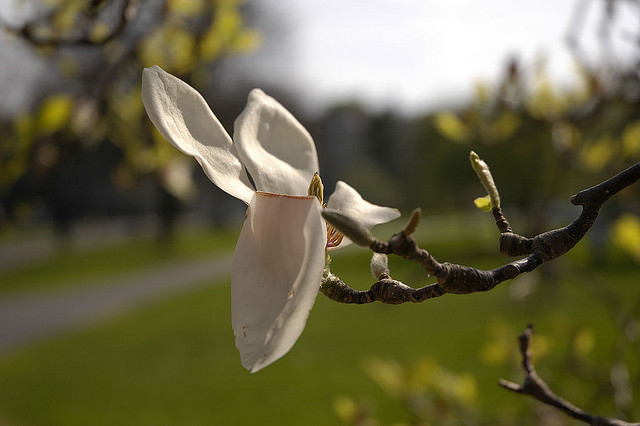 These and many other words were used to describe some of the emotions Boston College students said they experienced after the Boston Marathon bombings Monday, explosions that killed at least three people and injured more than 140 others with serious wounds.

The private, Jesuit college – located five miles from the marathon route’s finish line – had a large presence in the race: more than 300 Boston College undergrads ran it – most on behalf of the university’s on-campus special education school for students ages 3 to 21 with multiple disabilities.

At this time, two of the spectators hospitalized with serious injuries are Boston College graduate students, and the rest of the campus community continues to grapple with a variety of strong emotions as they digest the act of terror that rocked their town.

“When I first heard about the explosions … I was confused, and couldn’t really fathom what had happened,” sophomore Jacqueline Parisi told The College Fix.

Mass services at the school Monday were packed. Students have also created an event called “Boston Marathon: The Last 5,” which more than 14,000 people currently plan to attend, according to their Facebook statuses.

The 5-mile memorial walk is scheduled for 4:30 p.m. Friday from Boston College to the finish line to honor and mourn those affected by the attack.

Boston College is famous for its annual “Mile 21” celebration, excitement, and partying on “Marathon Monday.”

Indeed, Marathon Monday began as usual at Boston College. A cheerful and supportive air filled the campus as students gathered as early as 7:00 a.m. around campus and began to line Commonwealth Avenue in anticipation of one of the most fun and “crazy” days of the year for the college community.

But after students heard about the blasts – either by cell phone, Internet, television, or fellow students – the Boston College campus became eerily quiet and deserted.

The Mods, or the senior housing area known for its day-long partying, drinking and barbecuing on a day like this, were completely deserted – students instead huddled inside dorm rooms glued to television sets.

After the explosions, students and supporters also began to depart the streets where they had previously cheered on the runners – which after the blasts became an area of refuge for the stopped marathon participants.

The Boston College Office of News and Public Affairs sent out a news flash to students: “St Ignatius Church, on Commonwealth Avenue at the edge of the BC campus, was opened as a staging area for runners to seek water, nutrition and warmth.”

As news spread across the nation, students’ social media accounts and cell phones were bombarded with messages from worried family and friends.

But in interviews, students explained their cell coverage was down or jammed, meaning their calls wouldn’t connect nor their text messages send. This resulted in many students receiving voicemails and late messages from frantic parents and loved ones unable to make contact sooner.

Most important to Boston College students, however, was determining if anyone they knew was injured by the explosions, they said. Again, a near impossible task for about an hour after the attacks because phone lines and networks were jammed.

With that, students frantically did the math, trying to figure out where their friends and loved ones would have been on the marathon course when the bombs exploded.

After most students made contact with loved ones, and eventually tore themselves away from the TV to get dinner, students told The College Fix that the atmosphere in the dining halls felt sickening.

In response to the day’s tragedies, Boston College held both a mass and a multi-faith prayer service on Monday night. They also designated places for students to speak with University Counseling Services staff if needed. A Mass of Healing and Hope was slated for Tuesday night as well.

Sophomore Jacqueline Parisi, who went to the mass on Monday evening, said she was “amazed by how many students attended.”

“It was truly a testament to the strength and the resilience of the Boston College community,” she told The College Fix.

Sophomore runner Catherine McQuade said she was just 200 meters away from the finish line when she was stopped and turned around by race officials.

“We all thought it was thunder and just said we weren’t going to let a storm stop us from finishing,” she said about the explosions, but added that she couldn’t see the smoke due to the chaos.

Ultimately, she said she was forced to walk back to campus since cabs would not take the runners. Many Boston College students were forced to do the same – after running nearly an entire marathon, they had to walk more than five miles to the campus. At that point, students said they were in a lot of pain.

But there are no serious injuries reported among Boston College runners – as the school’s marathon committee sent an urgent email following the explosions asking students to verify their safety.

“Hi runners, please let us know that you are okay … If you know anyone who ran and know their status, please fill in this document as we are trying to account for all of our runners. You are all in our prayers,” the email stated.

As for the status of the “Boston Marathon: The Last 5” memorial, the Boston Police Department has expressed concern and resistance to the event – as they stated they do not want to interfere with investigations or cause more issues by thousands of people walking together so soon after the attack.

It’s unclear if the walk will take place, but members of the Boston College community who intend to walk want to make it clear that they are resilient, compassionate, supportive and strong.

Fix contributor Ariana Caraffa is a student at Boston College.

IMAGE: A white flower on a tree by “The Dustbowl” on the Boston College campus/Flickr-Sean Santry