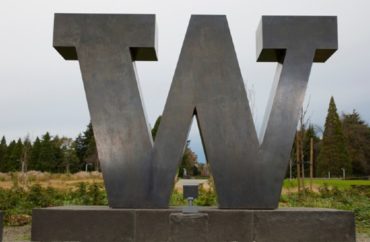 A proposal to study how to require faculty to show support for diversity, equity and inclusion has failed at the University of Washington.

The faculty senate failed to convince enough of its colleagues to support a discussion that professors submit proof of “contributions to the University’s DEI mission in promotion and tenure materials.”

The proposal earned 63 percent of the vote, but needed 66 percent to pass, according to an email from faculty senate chairs Chris Laws and Guatham Reddy.

“This is, for those of us who supported this effort, a very disappointing result – but it will not end our work to change our University and how we center the values of inclusivity, equity, and diversity in our promotion and tenure practices,” Reddy and Laws wrote in their email, obtained by The College Fix. The proposal passed the senate in May.

The legislation “called for a full 2 years of unit-level efforts to develop local understandings of how DEI contributions should be considered and evaluated, and that work will proceed.”

The legislation would ensure that faculty activities which “contribute to diversity, equity, and inclusion to become more explicitly considered during promotion and tenure review.”

Reddy and Laws said that the failed vote will not deter them because they know the senate’s proposal has support from a “very significant majority of the faculty.”

The two professors said they “will coordinate with the President, Provost, the Board of Deans and Chancellors, and Elected Faculty Councils to find common ground where we can think creatively and develop the practices called for in the original legislation”

Neither responded to multiple emailed requests for comment in the past three weeks from The Fix before and after the vote about the policy and why it did not pass.

A professor at the University of Texas who has opposed similar diversity attempts at his school told The Fix prior to the final vote why such initiatives must be opposed.

Professor Richard Lowery described these requirements as “explicit political tests” that “exclude entire perspectives which are fully within the US mainstream of opinion, from being represented on campus.”

“The second problem is that the particular DEI/CRT political position that would be required is stupid and evil,” Lowery told The Fix via email.

He said it is “toxic” to require “adherence to an extremist identity politics that condemns people based on race and rejects any explanation for disparities other than evil racism by the hated out group.”

The Texas professor advised that professors who disagree with these requirements should come together “to form new institutions that explicitly reject the DEI ideology and pressure state governments to stop subsidizing evil racists.”