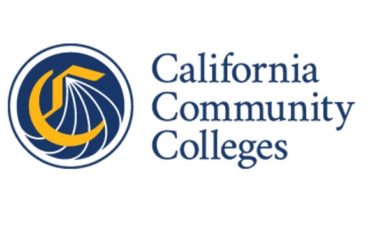 Tenure review will now include how much someone understands ‘anti-racism’

California Community Colleges will now grade its employees on how well they promote “Diversity, Equity, Inclusion and Accessibility.”

The Board of Governors approved language at the most recent meeting for new criteria for performance reviews. The addition will require schools to “incorporate Diversity, Equity, Inclusion and Accessibility competencies and criteria into performance evaluations and tenure review,” according to a news release from the board.

“Local district leaders will need to support and provide every employee with professional development and ongoing supports to educate the most diverse student population in California,” the board stated.

The proposal stated the district would “include DEIA competencies and criteria as a minimum standard for evaluating the performance of all employees” and “provide employees an opportunity to demonstrate their understanding of DEIA and anti-racist principles.” The document defined “anti-racism” and “anti-racist” as “policies and actions that lead to racial equity.”

A spokesperson denied that the new regulation discussed racial equity.

“The term ‘racial equity’ is not used or defined in the policy,” Paul Feist told The College Fix on June 2.

It does deal with “equity,” Feist stated, which is the “condition under which individuals are provided the resources they need to have access to the same opportunities, as the general population.”

“Equity accounts for systematic inequalities, meaning the distribution of resources provides more for those who need it most,” Feist told The Fix.

When asked for clarification on June 7 about what specific language the board passed since the regulation on the agenda for the May 23 board meeting discussed “racial equity,” Feist responded with a definition but no further answers.

“Defined as: The consistent and systematic fair, just, and impartial treatment of all individuals, including individuals who belong to underserved communities that have been denied such treatment,” the spokesperson stated.

The community college board posted this policy, which clearly uses the term “racial equity.”

The Fix asked during the initial inquiry if the new policy could lead to the firing of employees who do not embrace a particular definition of diversity.

“Nothing in the policy requires that colleges engage in ‘present discrimination’ to ameliorate ‘past discrimination,’ or regulate the content of speech,” Feist told The Fix in his initial response. “There should be room for meaningful debate, and a diversity of views, regarding how these objectives might be achieved through local district policies and practices implemented on college campuses.”

Critics of the proposal remain displeased with it

Joe Cohn, legislative and policy director with the Foundation for Individual Rights and Expression, raised concerns about academic freedom and free expression. His concerns were not ameliorated by the community college system.

“The Chancellor’s Office’s response uses flawed legal analysis and does not ease FIRE’s concerns about the threat the proposed regulations pose to academic freedom,” Cohn told The College Fix via email. “Academic freedom is threatened any time the government — whether through a college administrator, board of governors, lawmaker, or other state actor — seeks to impose ideological litmus tests during faculty evaluation and tenure review.”

“That assertion is supported by 65 years of Supreme Court precedent, and none of the cases cited by the Chancellor’s Office in their response hold otherwise,” Cohn stated.

“If faculty members are fired because they have negative performance reviews based on the fact that they hold or express opinions that depart from those required under this proposed regulation, the terminations would violate their free speech and academic freedom rights,” Cohn told The Fix.

A former professor at the University of California Santa Cruz and the chairman of the California Association of Scholars criticized the proposal.

“The updates have not changed the essential nature of what is being proposed,” John Ellis told The Fix. “The text makes ‘anti-racism’ a core element of the push for DIE; that links it to an ideology that is known to stoke racial division and hatred.”

Instead, the community college system “should be thinking about ways to regain public confidence, not squandering what little credibility they have left by handing their academic programs over to political radicals.”

He predicted “cultural competencies” will be “identical to intolerant radical orthodoxies.”