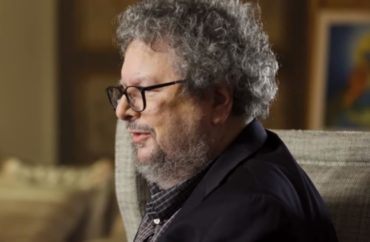 ‘The origin of species is exactly what Darwin cannot explain’

David Gelernter, a famed Yale University professor, has publicly renounced his belief in Charles Darwin’s theory of evolution, calling it a “beautiful idea” that has been effectively disproven.

Gelernter, who is known for predicting the World Wide Web and has developed many complex computing tools over the years, is today a professor of computer science at Yale, chief scientist at Mirror Worlds Technologies, member of the National Council of the Arts, and a prolific author.

In May, the Claremont Review of Books published a column by Gelernter headlined “Giving Up Darwin.” In it, he explained how his readings and discussions of Darwinian evolution and its competing theories, namely intelligent design, have convinced him Darwin had it wrong.

In particular, he cited Stephen Meyer’s 2013 book Darwin’s Doubt as well as The Deniable Darwin by David Berlinski. The professor expanded on his views in an interview with Stanford University’s Hoover Institution that was published last week.

Gelernter stops short of fully embracing intelligent design, both in his essay and during his interview. He said in his interview he sees intelligence in Earth’s design, and has no quarrel with ID proponents, but notes the world is a mess, its suffering far outweighs its goodness.

“My argument is with people who dismiss intelligent design without considering, it seems to me — it’s widely dismissed in my world of academia as some sort of theological put up job — it’s an absolutely serious scientific argument,” Gelernter said during his interview. “In fact it’s the first and most obvious and intuitive one that comes to mind. It’s got to be dealt with intellectually.”

Gelernter conducted his interview alongside Meyer and Berlinski, and the three weighed in on the problems facing Darwinian and neo-Darwinian evolution.

Gelernter said an ideological bent has taken over the field of science. There are good scientists doing good work, “but we have a cautionary tale in what happened to our English departments and our history departments could happen to us, God forbid,” he said.

Gelernter said he likes many of his colleagues at Yale, that they are his friends, but when he looks at “their intellectual behavior, what they have published — and much more importantly what they tell their students — Darwinism has indeed passed beyond a scientific argument as far as they are concerned. You take your life in your hands to challenge it intellectually. They will destroy you if you challenge it.”

“Now, I haven’t been destroyed, I am not a biologist, and I don’t claim to be an authority on this topic,” Gelernter added, “but what I have seen in their behavior intellectually and at colleges across the West is nothing approaching free speech on this topic. It’s a bitter, fundamental, angry, outraged rejection [of intelligent design], which comes nowhere near scientific or intellectual discussion. I’ve seen that happen again and again.”

Gelernter acknowledges “I am attacking their religion and I don’t blame them for being all head up, it is a big issue for them.”

How does the field of biology get over Darwin? Gelernter said the outlook is bleak.

“Religion is imparted, more than anything else, by the parents to the children,” he said. “And young people are brought up as little Darwinists. Kids I see running around New Haven are all Darwinists. … The students in my class, they’re all Darwinsts. I am not hopeful.”

But in his piece for Claremont Review, Gelernter pointed out that “this is one of the most important intellectual issues of modern times, and every thinking person has the right and duty to judge for himself.”

“There’s no reason to doubt that Darwin successfully explained the small adjustments by which an organism adapts to local circumstances: changes to fur density or wing style or beak shape,” the professor wrote. “Yet there are many reasons to doubt whether he can answer the hard questions and explain the big picture — not the fine-tuning of existing species but the emergence of new ones. The origin of species is exactly what Darwin cannot explain.”

In his piece, Gelernter cited the Cambrian explosion as one insurmountable problem facing Darwinism. That’s because the fossil record shows “a striking variety of new organisms — including the first-ever animals — pop up suddenly in the fossil record over a mere 70-odd million years.” This directly contradicts the expectation by Darwin that “new life forms evolve gradually from old ones in a constantly branching, spreading tree of life.”

What’s more, Gelernter adds Darwin’s main problem is molecular biology, pointing out advances in technology have brought forth vast amounts of new information and understanding about the complexity of life, all of which has shown random mutation plus natural selection cannot generate new and complex creatures.

By the numbers, it’s impossible, the computer scientist points out.

He gives an anecdote on how hard it would be to create just one new protein by chance — the odds are so astronomical that there are fewer atoms in the entire universe in comparison: “The odds bury you. It can’t be done.”

Underscoring all that, the professor notes there are no examples in scientific literature showing that “mutations that affect early development and the body plan as a whole and are not fatal.”

In other words, the idea that random chance and mutations are the driving force behind the vast complexity of life — even with billions of years of time — is not just scientifically improbable, it’s an impossibility, the scholar argues in his piece.

“Darwin would easily have understood that minor mutations are common but can’t create significant evolutionary change; major mutations are rare and fatal,” Gelernter wrote. “It can hardly be surprising that the revolution in biological knowledge over the last half-century should call for a new understanding of the origin of species.”

Whether biology will rise to the challenge, and develop a better theory, remains to be seen, the professor concludes.

“How cleanly and quickly can the field get over Darwin, and move on?—with due allowance for every Darwinist’s having to study all the evidence for himself? There is one of most important questions facing science in the 21st century.”

Interview requests by The College Fix sent to Gelernter over the summer have not been returned.