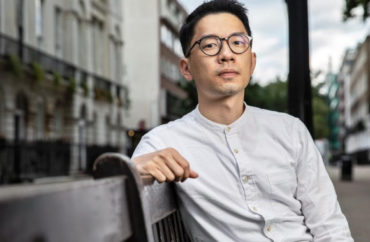 A popular pro-democracy activist has accused an organization of University of Chicago students of having been infiltrated by the Chinese Communist Party after the group objected to his participation in a guest series at the school’s public policy department.

In May, Nathan Law was invited to a speaking event by the Chicago Harris School of Public Policy, only to be met with a letter of protest by the school’s Chinese Students and Scholars Association.

Calling the invitation for Law to speak “hurtful, insulting, and angering,” the CSSA board said the offer to speak “falls outside the purviews of free speech.”

“The Chinese Students and Scholars Association (CSSA) strongly opposes the invitation of said individual, and expresses its grave concern regarding the inappropriateness of said actions by the Harris School,” the letter read.

“Law, his organization and the violence that he has instigated has caused horrific deaths, injuries, and destruction in Hong Kong and great anger among all peace loving Chinese people,” the CSSA board wrote.

Law is an activist who has opposed Beijing’s anti-democratic actions in Hong Kong. He currently is in political asylum in London and has been named a Spring 2021 Pritzker Fellow at the UChicago Institute of Politics.

In 2014, Law was a student leader of the Umbrella Movement that objected to Beijing’s involvement in Hong Kong’s governance and called for true democratic elections. Shortly thereafter, he founded Demosistō, a pro-democracy political party.

In 2016, Law was elected to the Hong Kong Legislative Council, but was disqualified for not “sincerely” taking the oath of office. Law had prefaced his oath with a quote from Indian leader Mahatma Gandhi, leading a judge to declare he was insincere in taking the oath.

In 2020, Law was named one of Time Magazine’s 100 Most Influential People in the world.

When Law saw the letter from the CSSA, he took to Twitter to decry the influence of the Chinese Communist Party on American academics.

“The CCP colluders are trying to silence the critics in YOUR country,” he wrote. “It raises concerns over infiltration from the CCP into the US academics, and the societies in general.”

“I am pleased that the school upholds the values of free speech and academic integrity,” he added.

While he noted the event went smoothly, Law sounded the alarm for other schools with CSSA chapters on their campuses.

“The attack shows how CCP aggression threatens our cherished values,” he wrote. “The other schools may not stand as firmly as Uchicago did. I hope the govt can look into signs of infiltration in these CSSA and to ACT to protect the FREEDOMS in YOUR country.”

2. The CCP colluders are trying to silence the critics in YOUR country. It raises concerns over infiltration from the CCP into the US academics, and the societies in general. I am pleased that the school upholds the values of free speech and academic integrity.

Law did not respond to a request to comment by The College Fix.

“As part of the University of Chicago’s commitment to free expression, the University is deeply committed to upholding the rights of speakers, and those who disagree with speakers at the University, to express a wide range of views,” UChicago spokesman Gerald McSwiggan told The College Fix via email. “No individual speaker, student, or student group speaks for Harris or the University as a whole.”

“The Distinguished Guest Series, hosted by the Harris Mentor Program, brings together a small group of Harris students with a speaker who has expertise or relevant experience in an area of policy, to discuss pressing policy issues of the day,” said McSwiggan. “Speakers often include visiting scholars, alumni, and IOP Fellows, such as Nathan Law, and the school strives to carefully identify individuals who offer varied perspectives and experiences to advance the diversity of thought in the student learning experience at Harris. Following the latest event, Harris hosted an open dialogue session for any Harris student interested in engaging further on the topic with their fellow students. Harris routinely hosts dialogue sessions as part of the student experience.”

In a later Twitter thread, Law noted school administrators at the University of Pennsylvania and Johns Hopkins University received similar letters objecting to his speaking at school events.

Calling CSSAs “extended arms” of the CCP, Law said the groups “should register as foreign agents as they are part of CCP’s organs.”

The objections to Law’s presence at campus functions comes at the same time many Chinese foreign nationals fear for their safety due to a new national security law passed in China that punishes dissidents even if they are in another country. Recently, some schools have begun allowing foreign students to take tests and participate in online discussions anonymously to avoid detection by pro-CCP forces.

Further, the past two years have seen the U.S. Department of Justice arrest and convict a flood of university researchers and professors who have either lied about their ties to the Chinese government or have actively stolen sensitive research to be used in China.

“It’s been an open secret that Chinese and Hong Kong students feel surveilled and are unable to enjoy academic and speech freedom because of the monitoring,” Law told the Chicago Maroon. “This should be addressed by blocking CCP state agents in the schools.”

The UChicago CSSA has denied being an agent of any foreign political party or government.

“Mr. Law is a political activist with vast resources and a clear political agenda,” the group’s 14-person board wrote in their letter.

“We are a student organization at the University of Chicago that holds cultural galas and invites people for mooncake tastings. We are now expressing concerns by our fellow Chinese students and asking for our views to be presented equally,” the board wrote.

“But by falsely presenting us as some official political organization, Law is in effect suppressing our legitimate concerns. The students at Harris who first spoke up and self-organized at first now feel threatened and feel that their voices are being suppressed by someone who has much more resources and is much more powerful than them,” said the board.