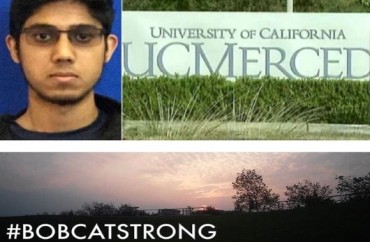 The FBI concluded its five-month investigation into the stabbing attack by Faisal Mohammad at the University of California Merced by announcing Thursday that the perpetrator “may have” been inspired by ISIS – while at the same time confirming the student-attacker’s laptop contained pro-ISIS propaganda and that Mohammad visited ISIS and other extremist websites in the weeks prior to his rampage.

Echoing the feds’ contradictory statement, UC Merced Chancellor Dorothy Leland sent an email Thursday to the campus community that also downplayed the role ISIS played in inspiring the November 2015 attack, in which Mohammad had been found with an image of the ISIS flag, a handwritten manifesto with instructions on how to behead someone, and reminders to pray to Allah.

While Chancellor Leland said Mohammad was “self-radicalized and acted alone,” the feds said he may have “drawn inspiration from terrorist propaganda.” Leland’s email offered a link to the FBI’s full findings, but did not mention the ISIS propaganda found on Mohammad’s laptop, nor that was he likely inspired by ISIS.

“The FBI announced this afternoon that they found no evidence that the student who perpetrated the attack had ties to any terrorist co-conspirators or organizations,” the chancellor’s email stated. “The FBI has concluded that the student most likely was self-radicalized and acted alone. The investigation is now closed.”

In a brief, public statement released to the community at-large to mark the FBI’s conclusions, Leland did not even use the word “terror.”

Similarly, the FBI stated: “After an extensive investigation of all available evidence, no ties to co-conspirators or foreign terrorist organizations have been found. Every indication is that Mohammad acted on his own; however, it may never be possible to definitively determine why he chose to attack people on the UC Merced campus.”

Critics told Fox News the feds’ wishy-washy comments follow a pattern in which the federal government downplays domestic terrorism even when there are seemingly obvious links.

“The Department of Justice is avoiding stating the obvious, which is that an individual who commits violence in the name of ISIS is a terrorist,” Ryan Mauro, national security analyst for the New York-based nonprofit terrorism research institute Clarion Project, told Fox News. “If someone commits violence and has an ISIS flag and jihadist manifesto in their backpack, they are telling you what their motive was. It’s as iron-clad as a suicide note.”

Like the feds, UC Merced was quick to downplay any link to terror in the aftermath of the incident, in which four people were stabbed before a campus officer shot and killed Mohammad. Following the attack, the public university hosted a “Don’t Turn Our Tragedy Into Hate” teach in, led by critical race and ethnic studies faculty who focused in on subjects such as: “What does mental health have to do with this?”; “Why are men more likely to be perpetrators of violence?”; “How do we define our community – what lives are grievable?” One panelist blamed the attacks on masculinity.

Meanwhile, the UC Merced community in general sided with the notion that Mohammad’s motives were grounded in revenge for being kicked out of a study group, an early narrative pushed by local police. Just hours after the stabbing, for example, Merced County Sheriff Vern Warnke was quick to dismiss any possibilities of terrorism: “There is still nothing to indicate anything, and I mean anything, that this is anything other than a teenage boy who got upset with fellow classmates and took it to the extreme.”

He also explained Mohammad’s motive for the stabbing on the same day of the attack without having had a complete and thorough investigation of the case:

“We found a two page, hand-written manifesto detailing his projected activities pertaining to the day’s events. The reason for these projected events, and I want to make this very clear, he had gotten kicked out of a study group and was upset with one of the students, and apparently took his anger to the extreme level.”

The FBI statement did not mention anything about Mohammad being kicked out of a study group as the reason for the attack. The manifesto in which Mohammad was said to have written about the study group has not been released, even though the case is closed.

Students on campus still do not know who the students in the “study group” are, what they were studying, nor why they allegedly kicked him out.

When asked by The College Fix in an email to specifically address why the FBI did not mention anything about the initial study group motive, campus spokesman James Leonard simply deferred to the chancellor’s public statement.