“I think feminism is the most self-defeating movement of our time.”

The sexual revolution attacked the two major institutions through which people used to derive their identity — church and family — and now people flock to identity-based tribes to fill that void, Eberstadt said Tuesday in an interview with The College Fix. 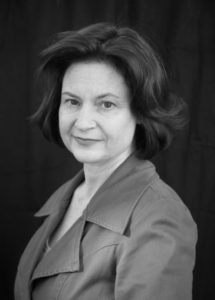 Within the book is a chapter titled “Feminism as Survival Strategy,” in which Eberstadt offers a unique view on the topic. It’s a form of empowerment, but not for the reasons one might expect.

“The furious, swaggering, foul-mouthed rhetoric of feminism promises women what they can’t find elsewhere: protection,” Eberstadt writes. “It promises to constrain men in a world that no longer constrains them in traditional ways.”

In her interview, Eberstadt expanded on her argument.

“Feminism is self defeating because what most women want — and that includes those who call themselves feminists — are marriage and a family. And everything feminism stands for is inimical to finding those very things,” she said.

“I think feminism is primarily an act of self protection in the way that feminists themselves don’t understand,” she said. “In the world after the sexual revolution there really were new threats to women, as we saw in the #MeToo movement. The sexual revolution has empowered predatory men in particular. So feminism correctly understands that women are now in an environment of heightened risk.”

“But feminism’s answer is the worst possible answer to that environment, because it stokes enmity between the sexes, and by insisting that women are victims, it takes away the kind of radical equality that Christianity inferred to women by making them equal moral players — so it’s an answer to the sexual revolution that can’t help but make things worse.” 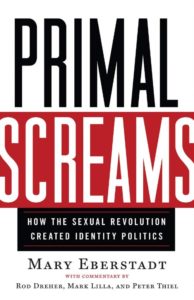 The problem festers generation after generation, as the family structure continues to break down with fatherless homes, fewer siblings, and the lack of a large extended family to offer support and identity, she said.

There are fewer fathers, brothers, male cousins and uncles in the home. Yet as social animals, humans learn by watching those around them from an early age, and now those role models are vanishing, she said.

“More and more people are living without benefit of very robust families, and I think this vitriol that we have seen toward the traditional family emanating mainly from feminism is actually an expression of family envy,” Eberstadt said. “It’s envy for what a lot of people no longer have that deep down inside they know would be essential to their functioning.”

“So I see this very differently, but I think feminism embodies the tragic truth of our time — which is that attempts to provide substitutes for the family and religion have all come up short, and they have left a lot of people damaged in the process.”

“When this all started out, feminism looked like a jubilant, bra-burning liberation movement, but as the decades have rolled on it’s become something very different, which is this masculine, snarling, angry entity — and again this swagger is just a form of looking tougher than one is in a world where the risks are higher,” Eberstadt said.

“I think we see this in the #MeToo movement, there is a lack of social knowledge about the opposite sex, and that is why students arriving on campuses are arriving primed to believe the most outrageous lies about the opposite sex, like all men are rapists, or like the kind of lies that all men embrace by watching pornographic narratives and having those be their source of information about the opposite sex,” she said. “So we have a lot of people in both sexes who don’t know the other side well at all.”

With that, today’s university administrators now act like parents and umpires, but the trend’s explanation runs deeper, she said.

“You throw out the Christian rule book and it turns out people will try to reconfigure relations between the sexes with some kind of rule book,” Eberstadt said. “So now we’ve got the consent rule book, these Draconian codes on campus, all meant to substitute for what the traditional family and the traditional religion did, which is to rein men in with rules.”

“But the problem is things like consent are very poor substitutes for a more robust situation where you have people behaving because they believe their eternal soul is on the line, for example.”

She said the sexual revolution has unleashed a lot of destructive behaviors, and there is much damage out there, but there is light at the end of the tunnel.

“We have to hope that holding up the empirical record of our time is going to force some second thoughts out there, because the paradoxical thing is the sexual revolution’s damages are more apparent in an empirical way with every passing year,” she said.

“Deep down we all know that we are short-changed by our time, and identity politics is one example of that, the creation of these amorphous victim groups is an example of that,” Eberstadt said. “I think we can get pretty far by appealing to people’s reason, because after all, that is not what the dominant narrative on campus does. The dominant narrative treats people like victims, and not like people who can use their brains, so I think we can get some points just by elevating the discussion.”

Educating people that they are worth far more than their identity politics grouping can help change the tide for those from all walks of life, she said.

“I am very hopeful, because there has been so much damage out there, that I have faith in people — whether they are people of faith or not — to countenance that damage, to do something about it, and to try to prevent suffering on the part of future generations.”

MORE: ‘Mine! It’s mine!’—cultural appropriation tantrums are really just a cry for help