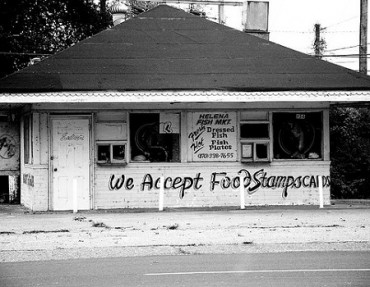 You should have seen this coming a mile away, folks. Women’s equality =’s taxpayer-funded tampons.

In the United States, access to tampons and pads for low-income women is a real problem, too: food stamps don’t cover feminine hygiene products, so some women resort to selling their food stamps in order to pay for “luxuries” like tampons. Women in prison often don’t have access to sanitary products at all, and the high cost of a product that half the population needs multiple times a day, every month for approximately 30 years, is simply, well, bullshit. …

In 1986, Gloria Steinem wrote that if men got periods, they “would brag about how long and how much” – that boys would talk about their menstruation as the beginning of their manhood, that there would be “gifts, religious ceremonies” and sanitary supplies would be “federally funded and free”. I could live without the menstrual bragging – though mine is particularly impressive – and ceremonial parties, but seriously: Why aren’t tampons free?

And there you have it. Ever since Rush Limbaugh argued back in the day that radical feminism is – at its heart – a push for women to rely on the government, we saw this coming.