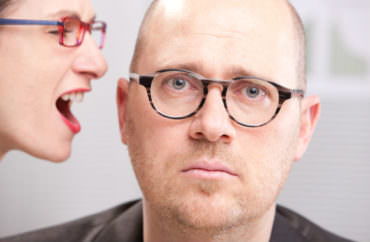 Springfield College is once again trying to fire the professor who taught the now-canceled “Men in Literature” course through procedural waywardness.

In March 2017, Professor Dennis Gouws was placed on “Official Warning Status” for the first time for “several instances of insubordinate conduct,” as reported by The College Fix at the time. This was after the school axed his “Men in Literature” course that had been approved by the school in 2005. The reason? It was too focused on men. However, the school kept Native-American, Asian American and women-focused literature courses.

More recently, after being threatened to have his position terminated, Gouws has decided to comply with the administration’s demands to keep his job. This is Dr. Gouws’ second time on “Official Warning Status,” so any more attempts to stand his ground may end with his termination.

On Nov. 13, Gouws was once again placed on “Official Warning Status” by the Dean of Arts, Sciences and Professional Studies, Anne Herzog, for “substantial and manifest neglect of professional duties,” according to a letter sent to Gouws.

In the letter, Herzog accuses Gouws of not complying with his chair’s directives regarding alleged student grievances against him. It claims Gouws constantly emailed the chair wanting to be notified in writing of the nature of the supposed student concerns instead of just learning about them in an in-person meeting.

The letter then listed a number of complaints and future demands for Professor Gouws. These demands were followed by a threat of termination: “If you do not comply with the above, I will recommend to the Provost your termination of employment at Springfield College.”

In a Nov. 19 response letter, Gouws wrote that he received the letter with “surprise and considerable unhappiness.”

“It is, of course, your prerogative to deploy this threat, but it is ill-advised,” he said. “You are essentially punishing me for asking legitimate questions about the conditions of my employment and for refusing to participate in activities that do not accord with Springfield College policies.”

The professor also wrote that he suspected there to be foul play at hand, arguing Herzog expected him “to do these questionable things with administrators who have made abundantly clear their animus against me.”

Gouws then called the process out as an “abuse of power.”

“Perhaps you will get away with it, but I assure you that I will do everything I can to make sure that your abuse of power is seen for what it is by the widest possible audience,” he said.

Peter Wood, President of the National Association of Scholars, recently detailed the episode in The Federalist and included the letters from Gouws and Herzog.

Wood refutes the allegations that Gouws is being disciplined for acting in an “insubordinate” way. He says the claim of insubordination is a facade.

The entire affair has been a long running battle. “The true story is this: a feminist jihad aims to remove from Springfield faculty an English professor who has refused to submit, even after two years of nearly constant bullying,” Wood wrote in The Federalist in 2017 when first chronicling the controversy.

In a recent interview with The College Fix, Wood said that Gouws’ refusal to meet with his chair wasn’t about being an unruly employee, but more of him being “subject to ill treatment at several such previous meetings.”

In the latest update on the controversy, Gouws has decided to comply with Herzog’s demands. In an email to The College Fix, Gouws attached his most recent letter, dated Nov. 30, in which he stated his intent to comply with the demands.

“I am in my twentieth year of teaching at Springfield College. My teaching evaluations indicate that I am an effective teacher. I also contribute to Springfield College in many ways when I can. I would hope to be provided with an ordinary level of professional respect and support for my work. This is not the case, however, because some of my colleagues dislike my interest in male studies,” Gouws said in an email to The College Fix.

Likewise, Wood said he thinks Gouws made a good decision by retaining legal advice and complying with the demands, though the situation is far from resolved.

“Professor Gouws made these concessions in the spirit of staying alive to fight another day,” Wood said via email. “His giving in to her demands does not mean her demands were right or the procedure was proper. It simply means that Dean Herzog wields the power and is unscrupulous enough to abuse it in an effort to torment a faculty member who holds political and social views she disagrees with.”

When asked about these developments, Springfield College Associate Director for Media Relations Damon Markiewicz told The College Fix that “it is an issue involving compliance with policies,” not a “fued or quarrel” between the two. He then stated that Gouws could go through the proper channels to file a grievance, but, as of today, he has not.

Furthermore, Gouws also caught flack when he put up a poster to bring awareness to false rape accusations. The university said the poster contributed to a “hostile environment” and Dr. Herzog cited the Southern Poverty Law Center when calling the group behind the poster, A Voice for Men, a hate group.