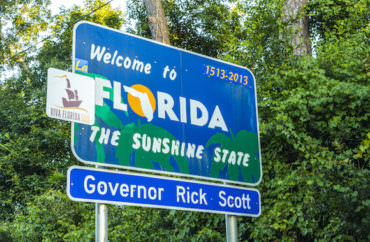 The governor of Florida has declared a state of emergency ahead of a controversial speaker’s visit to the University of Florida on Thursday.

Rick Scott made the declaration in response to white nationalist Richard Spencer’s planned visit to UF later this week, according to The Tampa Bay Times. The governor claimed that he feels “the threat of a potential emergency is imminent” due to Spencer’s appearance.

The declaration “gives state agencies the power to suspend rules and regulations, including for purchasing, travel and personnel actions,” The Times reports. In addition, the governor “activated his authority…to spend surplus money as he deems necessary.”

UF spokeswoman Janine Sikes said Scott’s action will make it easier for the state-funded university to seek reimbursement for some security costs. And, she said, it will eliminate red tape when agencies from different jurisdictions need to work together quickly.

Scott named Wes Maul, the recently-promoted interim state emergency management director, as state coordinating officer “for the duration of this emergency.” The governor’s order designates the Florida Department of Law Enforcement as the lead agency for crisis management. The FDLE commissioner, Rick Swearingen, reports directly to Scott and the three elected Cabinet members.

Scott’s move comes two months after a weekend of violence in Charlottesville, where Spencer led a “Unite the Right” rally, marked by brawls between white supremacists and protesters. One woman was killed when a man drove into a crowd of protesters.

“It’s flattering, I guess. I am in the same genre as hurricanes and invading armies,” Spencer said, laughing, in a phone interview. But he said the governor’s move gives him pause. Amid violence in Charlottesville, Virginia’s governor declared a state of emergency before speakers at Spencer’s rally were able to address the crowd.

During the violent protests in Charlottesville, a similar state of emergency was declared by Virginia’s governor.

Spencer has been denied speaking engagements at several universities in recent months. The University of Florida had previously denied him a location to speak, refusing to grant his National Policy Institute access to campus facilities based on safety concerns.