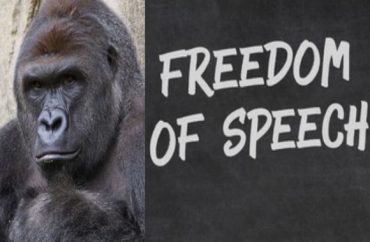 Following the infamous Clemson University Harambe ban last September — in which a dorm director put a moratorium on any depictions of the infamous gorilla, prompting the school to be criticized and mocked nationwide for an overzealous and unconstitutional enforcement of political correctness — campus officials appear to have decided Resident Advisors are in need of a primer on the First Amendment.

Clemson RAs underwent a mandatory First Amendment training Jan. 10, an RA who attended the event told The College Fix on the condition of anonymity because they did not want to be reprimanded for speaking to the press.

Led by Dr. Leasa Evinger, the Clemson Director of Residential Living, the training emphasized that RAs have a responsibility to uphold students’ First Amendment rights, according to the student, who also provided an audio recording of the meeting to The Fix.

It launched with a video that introduced RAs to basic First Amendment protections, such as the right of citizens to criticize the government. The video also examined the limits of free speech, including harassment, vandalism and threats. A component of the video also addressed college and university policies outlawing so-called “hate speech,” which are routinely struck down in court.

Several RAs reacted with surprise upon learning “hate speech” is fully protected by the First Amendment, the source in attendance said.

After the video, Evinger outlined some of the Clemson dorm residents’ First Amendment freedoms that RAs may not infringe upon. Specifically, any part of a student’s space, define as their room or apartment, including the exterior of their door, is theirs for their First Amendment expression.

The RAs were told they cannot demand — or ask — students to remove anything from their door or from their room. The admonishment may be traced back to the infamous Harambe ban last September.

In that instance, a dorm director banned Harambe references in a large dorm complex, stating “There was a report from an individual about a meme being offensive and bias in nature and as a result all Harambe references are no longer allowed within our community.”

This statement was followed up by a subsequent warning of a Title IX report submitted for offenders.

Once media got wind of this, the decision was quickly overturned by senior administrators within Clemson University, who said the RA was not authorized to make such a declaration.

A recently published report illustrates that the Clemson staffer who thrust the issue into the spotlight had expressed consternation over students’ free speech concerns in a reflection journal to a supervisor.

Emails obtained by Heat Street show that “the same student staffer who claimed the memes were ‘rape culture’ was also infuriated by other students’ defense of their First Amendment Rights.”

“If I’m being honest, the fact that I have to deal with this nonsense pisses me off… Their [the students’] only concern is that they feel like they are having some type of right taken away from them,” the student staffer wrote.

At the January training, RAs asked Evinger what falls as exceptions to the free speech rules with questions such as:

“What if someone was making fun of Greek Life by making a sign for their door that said ‘Eta Theta Epsilon’ which spells out ‘HOE?’ Would we be allowed to take action towards that or would they just be allowed to have ‘hoe’ on their door?”

Evinger affirmed these examples are protected by the First Amendment at a publicly funded university.

As a final exercise, RAs were split into five groups and given five different scenarios.

In resolving these scenarios, RAs were encouraged to have genuine conversations about why residents felt the need to post these things in an effort to gain common understanding.

A couple of RAs raised their hands, the student in attendance told The Fix. 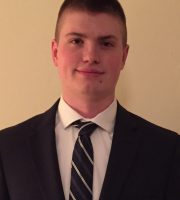