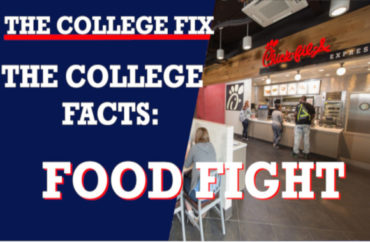 On this episode of “The College Facts,” Fix Senior Reporter Christian Schneider discusses how schools across America are trying to kick Chick fil-A off campus – and why it’s the students that will suffer. Recently, The College Fix has been covering campuses such as Purdue University, where students and professors are trying to deny consumers their constitutional right to a delicious chicken sandwich.