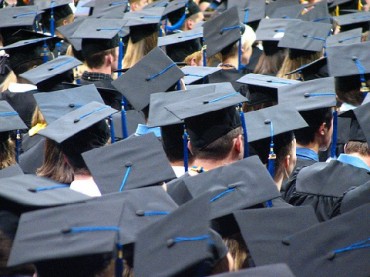 Sara Harberson, founder of AdmissionsRevolution.com, a subscription college counseling website, penned an op-ed this week in The Los Angeles Times that offers an insider’s look at “holistic admissions” practices at elite universities.

“Nowadays nobody on an admissions committee would dare use the term racial ‘quotas,’ but racial stereotyping is alive and well,” Harberson wrote. “And although colleges would never admit students based on ‘quotas,’ they fearlessly will ‘sculpt’ the class with race and gender percentages in mind.”

Much of her column explained why Asian Americans have such a hard time getting into their school of choice, noting “Asian Americans are rarely children of alumni at the Ivies, for example. There aren’t as many recruited athletes coming from the Asian American applicant pool. Nor are they typically earmarked as ‘actual’ or ‘potential’ donors. They simply don’t have long-standing connections to these institutions.”

She went on to argue that one solution toward unfairness is more transparency on the part of colleges: “schools should also break down their admits’ high school GPAs and test scores by race and ethnicity. Knowing acceptance rates by identifiable characteristics can reveal institutional tendencies, if not outright biases; it can push schools to better justify their practices, and it would give applicants a look at which schools offer them the best opportunities.”