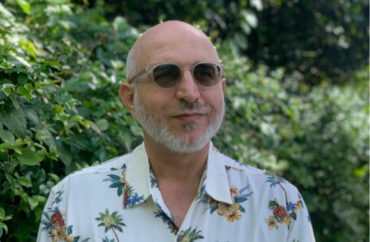 A former University of Miami assistant professor, his wife, and his sister have been charged with secretly smuggling genetic sequencing equipment to Iran in violation of U.S. sanctions.

Mohammad Faghihi, 52, served as an assistant professor in the Department of Psychiatry & Behavioral Sciences at the UM Miller School of Medicine between 2013 and 2020, where he was the principal investigator on three National Institute of Health grants awarded between February 2013 and June 2017.

On February 20, Faghihi was questioned at the Miami International Airport after arriving from Iran. His luggage contained 17 vials of unknown biological substances covered with ice packs and concealed beneath bread and other food items, according to the Department of Justice.

When questioned, Faghihi told inspectors that he did not conduct any sort of research in Iran. But investigators would later find out there is a research center in Iran that bears his name: “Dr. Faghihi’s Medical Genetic Center.”

On Monday, Faghihi was finally apprehended while attempting to catch a flight to Iran.

“He was literally about to board a plane on Monday when he was arrested,” federal prosecutor Michael Thakur said Wednesday.

The complaint alleges “some of the money received was used by Express Gene and its principals to purchase genetic sequencing equipment from U.S. manufacturers and ship them to Iran without a license from the Department of the Treasury, Office of Foreign Assets Control (OFAC) to export the machines, despite sanctions on Iran.”

In a court hearing on Wednesday, Faghihi’s attorney claimed his client had not been involved in anything illicit.

“These are not biological weapons — this is not biological warfare,” lawyer Saam Zangeneh told the judge. “I understand Iran is on the axis of evil … but I think we’re looking at this in a vacuum.”

The University of Miami “provided invaluable assistance” in the investigation, according to the DOJ statement.