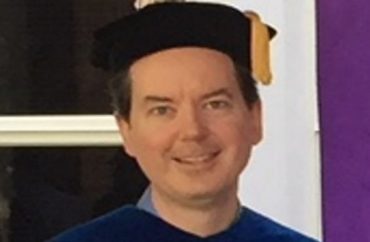 ‘Alleged to be associated with organizations […] that promote racism, exclusion and hatred’

A Furman University professor has been placed on leave pending an investigation into his presence at the 2017 “Unite the Right” rally in Charlottesville, Virginia.

Furman President Elizabeth Davis noted in a September 30 statement that, aside from his attendance at “Unite the Right,” Healy is “alleged to be associated with other organizations that are connected with white supremacist groups that promote racism, exclusion and hatred.”

Davis said “It is our responsibility when matters like these come to light to engage in robust dialogue about what belonging and thriving mean on our campus and beyond. As we continue to struggle with this difficult situation, we intend to engage our campus in further conversation.”

Healy is fully cooperating with Furman officials in their inquiry, according to a Fox Carolina report.

What’s that you’re standing next to, Chris – a Confederate flag? Can you remember what you were doing 5 years ago in Charlottesville? (Note the STOP sign.) pic.twitter.com/xYBUkmxhaV

As noted by the Foundation for Individual Rights and Expression, “Unite the Right” originally was intended to protest the removal of a statue of Confederate General Robert E. Lee, but it ultimately turned violent leading to a death of a counter-protester.

Furman has not indicated it is investigating Professor Healy for participating in any violent activities or “unlawful conduct,” but is looking into “his mere association with viewpoints that the university deems ‘harmful.’”

Although it is a private university, Furman protects professors “’from institutional censorship or discipline’ when they ‘speak or write as citizens.” Furthermore, South Carolina state law prohibits employers from dismissing workers for engaging in political activity.

From the FIRE report:

Additionally, the right to peaceably assemble — which Healy is depicted doing, although others did not that day — is guaranteed in the protection of free expression. Authorities may not abridge that right, which lies “at the base of all civil and political institutions.” Instead, Furman may publicly object to or criticize Healy’s decision to attend the protest, but it cannot punish him for his core political expression.

Furman has no legitimate basis for punishing Healy given its free expression promises and South Carolina law. Its investigation of Healy alone constitutes adverse action, as even if Furman ultimately does not formally punish him, its investigation “would chill or silence a person of ordinary firmness” from expressing themselves in the future.

In her statement, President Davis said campus leaders and others in the Furman community will “offer [students] opportunities to process these events” if they are having difficulties.