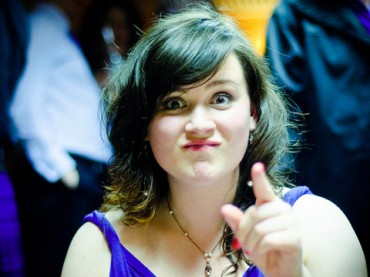 Ladies: Be wary if your consort states that he’s a fan of the Bill of Rights, especially the First Amendment. For, he might think that it allows him to legally annoy, troll, and intimidate others, especially on the ‘net.

So says Samantha Allen, a doctoral fellow in the Department of Women’s, Gender and Sexuality Studies at Emory University. (But of course.)

First (Amendment): This could be a huge warning sign. Trolls cite the First Amendment as frequently as college application essays cite “The Road Not Taken.” They think that it gives them the right to verbally harass, stalk, and threaten whomever they want without any consequences. If your man picks the First Amendment, just ask him to explain what it means. If he thinks it means that “it’s a free country” and “people can say whatever they want,” tell him to go back to the playground he learned his politics from and find a new boyfriend.

In addition, here’s what Allen has to offer up about potential boyfriends and other amendments:

Third: If he picks an amendment this useless, you should just dump him anyway even if he’s not a troll.

Second: Run. Seriously, just run! Your man might not be an asshole to people on the Internet because he’s too busy being an open-carrying asshole in real life.

As you might expect, Allen notes that guys who dig the Ninth (abortion rights!) and Eighth (he’s against cruel and unusual punishment!) Amendments are keepers.