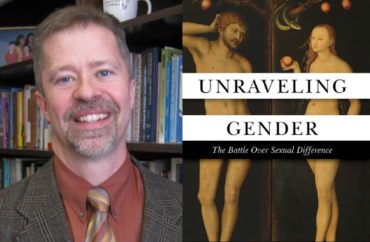 BOOK REVIEW: A CUA professor recently wrote a book on the roots of gender ideology

A Catholic University of America professor says that gender ideology, where men and women are told they can become the opposite sex by taking certain chemicals or having body parts removed, is a new form of an old heresy known as Gnostic dualism.

Grabowski’s book primarily focuses on the Catholic Church’s teachings on gender. However, anyone interested in the philosophical and historical basis for gender ideology will find this book useful, Catholic or not.

His publisher, TAN Books, shared a copy with The College Fix.

“Gnosticism can absorb and deploy language and ideas from diverse currents of thought, sounding similar to them by using their ideas and jargon,” Grabowski wrote. “This syncretism gives the heresy its chameleon-like quality, making it difficult to recognize in its own right.” The heretical belief began in the first century AD.

The theology professor noted that “dualism lies at the heart of gender ideology” and “bears Gnosticism’s many marks.”

Both are based on the idea of secret knowledge and the “evil” of the body. “Gnosticism explained the universe through metaphysical dualism: spirit is good, and matter is evil and illusory,” Grabowski wrote.

“Gender ideology views the body of a gender discordant person as a problem to be overcome,” Grabowski wrote. “The true ‘identity’ of a person is independent of the body and its expression of sexual difference.”

He said the language of LGBT activists mirrors that of Gnostics. For example, the idea that someone is “trapped” in the wrong body or their “sex [is] assigned at birth.”

The book is well-sourced and a straightforward analysis. It also includes some interesting tidbits about the use of the words “sex” and “gender.” Those words were not meant to have different meanings – gender was used as a polite way to talk about someone’s sex as an adjective without misleading someone to think they were talking about sex as a noun.

It is a great book for someone who wants to study this issue further from a philosophy or religion angle.

That being said, there are some places where I found Professor Grabowski downplayed the significance of actions taken by gender-confused individuals.

“Many persons who might describe themselves as LGBTQ+ have no desire to advance a particular political or social agenda,” he wrote. Instead, “they simply want to live their lives in peace and without harassment from others.”

I find that hard to believe – every LGBT person who has their reproductive organs severed through chemical mutilation or contracts a civil union is advancing a political and social agenda.

By definition, the actions we take advance an agenda, whether or not we are political activists. If I buy a gun, I’m advancing the agenda of the National Rifle Association to promote the Second Amendment, self-defense and hunting, even if I don’t consider myself an activist.

As a moral theologian, Professor Grabowski knows the concept of sinning through scandal – every LGBT person who lives with someone of the same-sex or adopts children furthers an agenda through their public support for those decisions.

Children, after all, can be the most scandalized when confused about gender identity, since they lack the same capacities to make decisions that adults can.