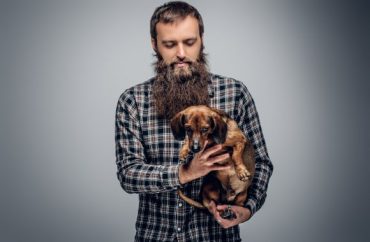 A professor of gender and sexuality studies at the University of California Riverside claims in a recent book that dogs end up being killed in shelters due to “capitalism, anthroparchy, white supremacy and patriarchy.”

Katja Guenther’s “The Lives and Deaths of Shelter Animals” also says that allowing your dog(s) to sleep inside your house is actually a manifestation of white privilege, reports Areo Magazine.

How can that be? For one, statutes which forbid the chaining/leaving of dogs outside are “intended to oppress people of color by imposing ‘middle-class norms of animal keeping in which companion animals are considered family and treated accordingly.’”

People of color, Guenther says, “are themselves trapped in poverty, may have few options for legitimate income generation and possibly rely on their dogs for … status.”

These claims, however, are nonsense, Areo’s Nathan Winograd says. He notes Guenther goes straight to racism regarding the high number of sheltered dogs in a particular California shelter, because the former owners are mostly minorities. But demographic data shows the neighborhood in which the shelter is located matches that of the dogs’ owners.

Guenther’s tactics aren’t surprising, Winograd says, because she purposely ignores objective data — “it is not possible for me to be impartial,” she has said.

“I was trained in sociology, a discipline that emphasizes impartiality and the need to systematize observations and analysis in ways that distance the researcher from the researched,” Guenther said. “I deliberately turn away from these tendencies and instead embrace the messy possibilities of being a researcher with complex ties to the social setting I am analyzing.”

In this case, it means stereotyping and infantilizing minority dog owners, Winograd says. Despite whites and minorities owning dogs for the same reasons (companionship, status), in “The Lives and Deaths of Shelter Animals” it’s white people “do things,” while minorities “have things done to them.”

Even Michael Vick’s brutal treatment of dogs is explained away: He’s the “only affluent person who has been publicly shamed for dogfighting” and it’s “no coincidence” that he happens to be black. And, hey, he grew up in poverty, after all.

[B]ecause most of the volunteers Guenther encountered were white, she accuses them of working to “reinscribe hierarchies of power and status within the shelter” against the non-white workers and thus “maintain existing social inequalities between humans even as they seek to help animals.” When a rescuer laments the condition of a dog “with sagging belly skin, elongated nipples, and enlarged genitalia” and expresses dismay that the former owners “confined their dog outdoors” and “used the pit bull primarily for income generation through breeding,” Guenther dismisses the criticism as “the animal practices of white rescuers.” …

According to her website, Guenther holds a PhD in sociology and works “within interdisciplinary feminist and critical frameworks.” She notes her latest effort is “a feminist analysis of how rescuers of companion and free-roaming (aka “wild” animals) represent and negotiate their relationships and relations of care with disabled animals.” She’s been published in journals such as Ethnic & Racial Studies, Gender & Society, Politics & Gender and Social Problems.

“The Lives and Deaths of Shelter Animals” received praise from Carol Adams, author of “The Sexual Politics of Meat,” who said “Guenther unlocks the shelter door and eloquently explains this complicated and contested multispecies space …”