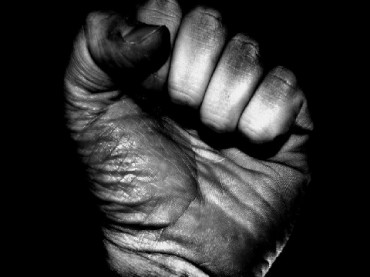 OPINION: My peers, our very freedom is at stake. Let 2014 be the year we take action.

“All men recognize the right of revolution; that is, the right to refuse allegiance to, and to resist, the government, when its tyranny or its inefficiency are great and unendurable,” Henry David Thoreau, Civil Disobedience, 1849

America was forged from civil disobedience, and Founding Fathers and scholars have long asserted its importance in maintaining viable democracies.

Yet the American who most recently stood up to government tyranny, corruption and abuse of power is now hunted by his own country.

Last June, we learned from whistleblower and Information Technology contractor Edward Snowden that the National Security Agency unconstitutionally tracks data on all Americans – cell phone records, social media posts, emails, Internet searches – you name it, the spies at the NSA probably have a record of it.

Instead of acknowledging its overreach of power and taking strong measures to scale it back, President Barack Obama’s administration has staunchly defended the tactics. Meanwhile, the verdict is mixed: recent federal court rulings have rendered one in favor of the NSA surveillance, and one against.

And now, after an initial period of outrage, the story has largely died down, and the anger, sense of personal intrusion, and urgency for reform, has ebbed.

We’re still upset, but it’s slowly transformed into a way of life for us. What can we do, we ask? It’s become a joke: “We know you’re reading this, NSA …”

That, my peers, is a problem. We must apply pressure, demand justice and reveal the truth wherever possible – host campus rallies, write columns for our school newspapers, send letters and emails to our congressional representatives, and support lawmakers who actively work to protect our freedoms, among other measures. The youth vote is a powerful tool.

Our message? That Snowden is an American hero, and Obama is a hypocrite who snubs the very constitution he swore to protect.

The Fourth Amendment clearly states: “The right of the people to be secure in their persons, houses, papers, and effects, against unreasonable searches and seizures, shall not be violated, and no Warrants shall issue, but upon probable cause, supported by Oath or affirmation, and particularly describing the place to be searched, and the persons or things to be seized.”

Contrary to popular belief, Snowden is a hero because he was brave enough to tell us that the U.S. government is violating our Fourth Amendment rights.

Those on the other side of the debate claim Snowden put our national security at risk.

That claim could not be further from the truth. We face real security threats not from whistleblowers or information leakers, but from extreme government secrecy and overreach which trample on the Constitution.

Just seven months after President Obama signed the Whistleblower Protection Enhancement Act, the Obama Administration announced that it intends to prosecute Snowden under charges of espionage. This also came just a few years after Obama himself praised whistleblowers as “noble” and “patriotic” during his 2008 campaign for president.

It is clear that President Obama and his allies on the left want to silence those who expose government secrets which are harmful to his personal political situation. President Obama has clearly misled the young voters who secured his place in the Oval Office.

Just seven months after President Obama signed the Whistleblower Protection Enhancement Act, his administration announced its intention to prosecute Snowden under charges of espionage. This also came just a few years after Obama himself praised whistleblowers as “noble” and “patriotic” during his 2008 campaign for president.

It was then-Sen. Barack Obama who, in 2006, said on the Senate floor: “We need to find a way forward to make sure that we can stop terrorists, while protecting privacy and liberty of innocent Americans.”

Then-candidate Obama, on his campaign website in 2008, even denounced the Bush Administration for using the very same national security tactics he is expanding upon: “Such acts of courage and patriotism… should be encouraged rather than stifled as they have been during the Bush administration. We need to empower federal employees as watchdogs of wrongdoing and partners in performance.”

Snowden essentially revealed that President Obama is using the very same tactics he campaigned vehemently against when George W. Bush used them. And now, Obama aims to abuse the Espionage Act to further his goals of unconstitutional overreach by prosecuting Snowden.

We, as college students, should be angry at this. Technological advances continue at an astronomical rate. We must draw the line in the sand before Big Brother literally monitors our living rooms. This is our future privacy in jeopardy. We must demand it be reined in before it expands further and becomes the norm.

Some students blindly defend Obama’s spy tactics, when they also decried the same less-invasive tactics used by the Bush Administration. Wake up!

“Unjust laws exist; shall we be content to obey them, or shall we endeavor to amend them, and obey them until we have succeeded, or shall we transgress them at once?” Thoreau wrote in Civil Disobedience:

“Men generally, under such a government as this, think that they ought to wait until they have persuaded the majority to alter them. They think that, if they should resist, the remedy would be worse than the evil. But it is the fault of the government itself that the remedy is worse than the evil. It makes it worse. Why is it not more apt to anticipate and provide for reform? Why does it not cherish its wise minority? Why does it cry and resist before it is hurt? Why does it not encourage its citizens to be on the alert to point out its faults, and do better than it would have them?”