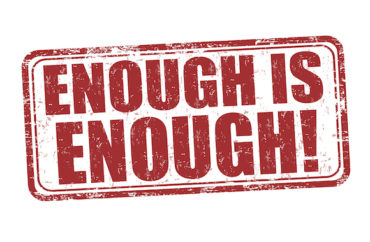 There’s honestly no use for them at all

The College Fix as of late has been reporting on “bias response teams,” the campus squads that respond to purported acts of bias and discrimination on campus. As one professor said earlier this year, reported by Fix senior reporter Christian Schneider in The Wall Street Journal, many on campus “are afraid to have honest conversations—or even joke around with each other—out of fear of being reported for a faux pas.”

Of course they are. Campus bias teams do nothing to improve the actual climate of a campus; instead they degrade that climate, rendering everyone fearful of being labeled a bigot or a racist over innocuous, inoffensive comments and behaviors. In one case a woman was reported for jokingly labeling herself “schizophrenic;”  in another, a professor was reported for an alleged “rude look” and for anti-transgender bias that the reporter admitted he couldn’t actually prove. This is the sort of campus behavior that conservatives like to joke about—except it’s not a joke, it’s all very real.

What has happened is obvious: Campus administrations and faculty have primed students to feel constantly under attack, perpetually on the verge of being discriminated against. Many students seem to believe they exist in a real-life Handmaid’s Tale and/or an evil racist empire, to the point that they will report their professors for assigning too many works written by men (yes, this actually happened). It is not at all surprising that the bias response mechanism has become a tool for aggrieved, oversensitive undergraduates to lash out at people they don’t like.

Here’s a suggestion for colleges and universities: Get rid of these silly and useless panels. There’s no point to them. Any real instance of discrimination or illegal behavior can be handled by actual campus administration. “Teams” meant to “respond” to “bias” only encourage students to believe themselves victims of phantom bias; get rid of them, stop teaching your students to be afraid of MAGA hats, and you’ll have a much more harmonious campus environment. You wouldn’t think this would be the case—but then, you wouldn’t think someone would report a fellow student simply for watching a video of a conservative commentator (yes, that happened too).