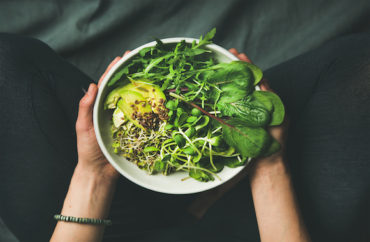 Adjunct: ‘the ways that animal violence and exploitation manifests itself outside of our food system’

An instructor from an Ivy League institution recently explained how veganism — the refusal to eat animal meat and dairy — can help “resist the violence associated with the subjugation and oppression of nonwhite groups.”

Christopher-Sebastian McJetters, an adjunct lecturer from Columbia University, gave a lecture at an event for Cornell Students for Animal Rights in late February, during which the speaker told attendees about “the ways that animal violence and exploitation manifests itself outside of our food system,” according to The Cornell Daily Sun.

The Sun reported that McJetters’s presentation was a condensed version of the lectures he gives at Columbia.

“What we do to other animals informs how we treat one another on this planet, and it is always — always — someone who doesn’t have institutional power, and they’re usually brown,” McJetters told the crowd, according to The Sun.

The student newspaper reported that McJetters as arguing that, prior to the 1500s, “we didn’t actually think of human as superior to or separate from everyone else in the animal kingdom.”

McJetters did not respond to repeated emails from The College Fix seeking evidence of this claim, as well as any evidence that societies with higher incidences of vegetarianism are more racially equitable than those with higher meat consumption.

According to his Linkedin profile, which identifies him as a “social justice advocate,” McJetters teaches a graduate course at Columbia called “POP! Power, Oppression, and Privilege.” At that university he also teaches about “speciesism,” a term popular with animal rights advocates that signifies interspecies discrimination and bigotry. McJetters is also listed as a copyeditor for Vegan Publishers.

Peter Singer, one of the nation’s preeminent animal rights activists and a philosophy professor at Princeton University, agreed with McJetters that “there are parallels between racism, sexism and speciesism.”

“In each case there is a dominant group that regards outsiders as having a lower moral status and uses this belief to justify exploiting and oppressing them,” Singer told The Fix via email. “So to that extent I agree that there is a link, and that someone who is opposed to such forms of oppression should be opposed to speciesism as well.”

“Not eating any animal products is the most thorough-going way to do that, as well as helping to reduce climate change and having other benefits, although in my view, taking significant steps in that direction is also useful,” he added.

In addition to McJetters’s academic vegan activism, Columbia University also hosts a student-run Vegan Society. That group seeks to promote “discourse around plant-based diets and redefining bioethics” at the school.

MORE: Criticize vegetarianism? That’s ‘harassment’ according to a New Jersey school board