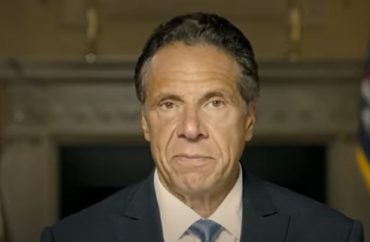 ‘[Cuomo] sexually harassed a number of State employees through unwelcome and unwanted touching, as well as by making numerous offensive and sexually suggestive comments’

Governor Andrew Cuomo has been accused of numerous instances of sexual harassment toward staffers, state employees and other women.

Yet, six years ago Cuomo championed his role, including in an opinion piece with Lady Gaga, in signing a campus “affirmative consent law,” which requires “knowing, voluntary, and mutual decision among all participants to engage in sexual activity.”

A review of the August 3 Attorney General’s report shows that Cuomo would be likely guilty of violating the affirmative consent law numerous times if he was a student on campus. It has yet to be announced if any criminal charges will be brought against the governor.

A few examples from the 168-page report should suffice.

With one executive assistant, Cuomo “reached under her blouse and grabbed her breast” and gave her “kisses on the cheeks, forehead, and at least one kiss on the lips.”

Cuomo feared not a legal enforcement — he sexually harassed one of his state troopers, including “ running his hand across her stomach” and “kissing her (and only her) on the cheek in front of another Trooper and asking to kiss her on another occasion.”

It was not just state employees who were harassed by Cuomo.

Here’s this description of what happened to Virginia Limmiatis, an energy company employee who met Cuomo at an event.

When the Governor reached Ms. Limmiatis, he ran two fingers across her chest, pressing down on each of the letters as he did so and reading out the name of the Energy Company as he went. The Governor then leaned in, with his face close to Ms. Limmiatis’s cheek, and said, “I’m going to say I see a spider on your shoulder,” before brushing his hand in the area between her shoulder and breasts (and below her collarbone).

The liberal Democratic governor “kissed her on the cheeks and hand, touched and held her hands, and slid his hand around her lower waist.”

That’s similar to the experience of Anna Ruch, a guest at a wedding Cuomo attended.

He approached her and “quickly moved his hands to her back, touching her bare skin where there was a cutout in her dress.”

“Can I kiss you?” Cuomo asked, after Ruch “grabbed the Governor’s wrist and removed his hand from her back.”

Governor denies wrongdoing in his actions

In his defense, Cuomo “generally denied touching anyone inappropriately” though he “did state that he often hugs and kisses people, mostly on the cheek and sometimes on the forehead.”

“He also did not dispute that he gave regular hugs and kisses on the cheek and forehead. But he did dispute the way in which those actions had been interpreted by the complainants,” the report said. “Moreover, in his testimony, the Governor suggested that the complainants were— and must be—motivated by politics, animosity, or some other reason.”

Cuomo allies tried to tie Lindsey Boylan, another accuser of Cuomo, to President Trump, according to the New York Post.