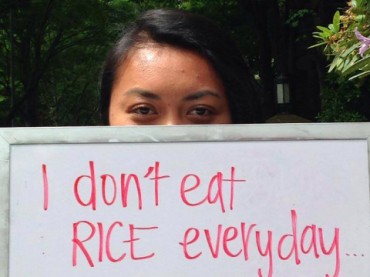 If you’re a woman ‘singled out’ for administrative work, that’s a contract violation

The University of Washington’s “academic student employees” are voting this week on whether hurting someone’s feelings should be “grievable” under their union’s contract with the school.

If approved, it would be the first known university union contract in the country to protect teaching assistants, tutors, readers and similar student employees against “microaggressions” in the workplace.

The 78-page tentative contract between UAW 4121 and the university, which covers everything from wages and health benefits to “lactation” and “bathroom equity,” indicates that agreement on microaggressions came at the tail end of negotiations in late April.

According to a summary of the agreement, the university agreed to stronger contract language regarding gender expression and gender identity discrimination.

The language goes beyond procedures for dealing with gender or sexual orientation discrimination. Union members would be able to file complaints about “everyday exchanges – including words and actions – that denigrate or exclude individuals based on their membership in a group or class.”

One example of a microaggression at UW in recent memory involved a female Ph.D. candidate who “was consistently singled out for purely administrative tasks,” a spokeswoman for UAW 4121 told The College Fix in an email.

The spokeswoman said there were “numerous” examples of microaggressions on campus against academic student employees, enough to make it a “pressing” issue in the union contract.

Recognizing microaggressions as grievable represents “the next level of discourse in this country around racism, sexism, and homophobia,” and will advance the cause of “a more inclusive campus for all academic student employees,” the spokeswoman said.

The union chapter did not address questions about what sanctions were possible for university employees who commit microaggressions against union members.

The tentative contract also pledges the university to meet three times a year to “discuss the joint goal of eliminating micro-aggressions and developing trainings for ASEs, faculty, and departments.”

It took just a few short weeks for the administration to cave on the issue of microaggressions, according to emails obtained by The Fix.

“The University remains unmoved on micro-aggressions,” the union told members in an April 11 message. “They do not believe definitions and protections belong in a bargaining agreement and they are not open to training despite the preventative and proactive benefits of training.”

Negotiations reached a low point in the next few days: An email dated April 17 shows the union responding point-by-point to a “misinformation campaign to intimidate workers,” in which the school had warned student employees they don’t have the right to strike under state law.

The push for contract recognition of microaggressions goes back to at least this past fall, when the union laid out its “initial bargaining demands,” as The Fix reported.

While this appears to be the first union contract for academic student employees to explicitly make microaggressions “grievable,” it’s not uncommon for faculty unions to address this issue.

The California Faculty Association, which represents California State University professors and lecturers, sponsored a workshop on “unconscious bias” that was pitched as helping members become more “aware of unconscious biases, preferences, and micro-aggressions.”

Addressing these problems will “foster a CSU environment wherein we can recruit and retain a more diverse faculty workforce and decrease workplace toxicity,” the workshop description read.

The University of Washington did not return requests for comment on the tentative contract.

My coworker changed my office computer background to this. On one hand I giggled; on another though #microaggressions pic.twitter.com/TbAIJk7OHZ

While the administration is accused of dragging its feet on microaggressions, the issue has drawn heavy attention on campus.

The Gender, Women and Sexuality Studies department sponsored a project a year ago to look at how microaggressions are prevalent throughout campus.

The Asian Student Commission at the university sponsored a series of photos called “#NOLONGERINVISIBLE” in May 2014, which address stereotypes of Asian students to bring attention to microaggressions.

Posted by ASUW Asian Student Commission on Saturday, May 31, 2014

Earlier this year, the school’s Interactive Theater as Pedagogy Project hosted student-created plays dealing with “racial microaggressions” and “white privilege” among other topics. They were cosponsored by the university’s Bothell campus north of Seattle and its humanities center.

“The interactive format allows people to step up, step in, and intervene when the scenario needs to change for the better,” according to the project flyer. “Dive into the deep waters with us and explore” these issues, it urged attendees.

In a bid to achieve “racial justice” at the school, a group of UW law students created “microaggression posters” that they hung around the university this winter, according to their Tumblr account.

The effort had mixed results, as the Tumblr account acknowledged that some students thought the posters “encourage[d] public shaming.”