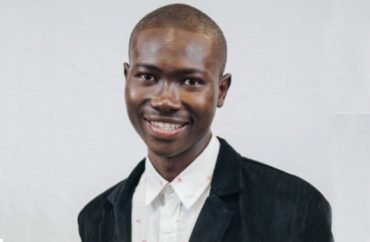 Opponents tried to remove him but failed

The president of the George Washington University Student Association beat back a cancel attempt after he asked members not to use their official titles on a petition against Justice Clarence Thomas.

Christian Zidouemba will remain in office after some of his cabinet members voted to remove him from his position.

“SA members said a lack of confidence in Zidouemba’s leadership and his alleged mishandling of the SA’s response to demands for Supreme Court Justice Clarence Thomas’ firing from GW Law’s faculty led to the vote,” The GW Hatchet reported.

“Zidouemba had previously threatened to fire SA members if they included their SA positions in an open letter calling on GW to fire Supreme Court Justice Clarence Thomas from his role as a lecturer at GW Law after the overturn of Roe v. Wade,” the campus paper reported, based on comments from one of his critics.

“[One of his opponents] said Zidouemba eventually allowed SA members to sign the letter with their SA titles attached, and the letter lists eight cabinet members,” the campus paper reported.

The university rejected an attempt by an undergraduate student to revoke the adjunct teaching job from the black conservative Supreme Court justice.

Zidouemba did not respond to requests for comment from The College Fix sent in the past week, nor did Yan Xu, his vice president and the next in line to succeed him.

“President Zidouemba is grateful to confirm that two of the five Executive Cabinet members, Vice President Xu and Communications Director Saeed, have notified Chief Justice Eager of their withdrawal of support for removal,” according to a joint statement from Zidouemba, Xu and Saeed.

“President Zidouemba is acknowledged as the legitimate President of The George Washington University Student Association,” the statement read.

The incident has led many students serving in the cabinet to resign from their positions.

The school newspaper also reported that in response to the original vote, Zidouemba raised questions about the constitutionality of removing him from office.

“Zidouemba said he is ‘fully capable’ of acting as SA president,” according to the campus newspaper. “[He] disputes the legitimacy of his removal because one of his two chiefs of staff, Keanu Rowe, was not present for the vote, which is required to be unanimous for the removal of a sitting SA president,” the school newspaper reported.

In a video statement released via Instagram prior to the reversal of the removal vote, Zidouemba called his cabinet “power hungry” and asserted he was still the president.

The campus media relations team did not respond to a request for comment in the past week on the situation.