‘We know for a fact that trans women are women, and that fact is not up for debate’

The George Washington University student paper issued an apology on Saturday for an “insensitive” and “harmful” question during a pre-election College Republicans-vs.-College Democrats debate.

The Hatchet Editor-in-Chief Jarrod Wardwell noted he had met with the debate moderators — all Hatchet staff — for about three hours the day before the November 2 debate to “review and edit their questions.”

Wardwell had suggested a question about how the GOP has “supported restrictions against transgender athletes in women’s sports.”

“We planned for the question to hold one side accountable for these restrictions that many have denounced as discriminatory on the basis of gender identity,” Wardwell wrote. 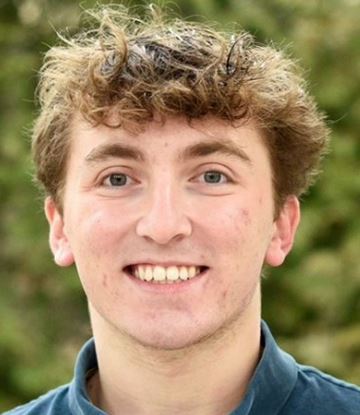 The actual question used in the debate was “Why do conservatives equate the inclusion of transgender female athletes as an attack on women’s athletics?” This was a mistake, Wardwell said, as it “invited the opportunity for transphobic rhetoric to be the topic of conversation in a debate.”

“I shouldn’t have let the question make it into the debate, and I sincerely apologize for that mistake,” Wardwell (pictured) said. “We know for a fact that trans women are women, and that fact is not up for debate.”

Our intention was not – and never is – to create any harm through our work, but after the moderators updated the context of the script for the question the next day as planned, that angle shifted without my knowledge to hone in on the relation between these restrictions and the physiology of an individual, former University of Pennsylvania swimmer Lia Thomas. The inappropriate use of Thomas’ identity to frame the question created an opportunity to also harm members of our community who identify as transgender, non-binary and queer.

Even worse, our moderator introduced the question by saying, “For our last question on education, we’re going to step on another political landmine.” We were taken aback and disappointed by this insensitive comment. It was uncalled for, placed a satirical filter over such a serious, sensitive topic and heightened the harm of an already-inappropriate question.

Wardwell said he met with Associate Vice Provost for Diversity, Equity and Community Engagement Jordan West to help “understand how The Hatchet needs to own and make amends for the harm done.” He noted The Hatchet will “educate” its staff on November 20’s “Transgender Day of Remembrance.”

Oddly enough, Wardwell said the topic of identity is something The Hatchet “should not […] shy away from” as it is the student paper’s responsibility “to represent, serve and tell the stories of all members of the GW community.”

But how do you do that when you say a highly debatable topic … is “not up for debate”?