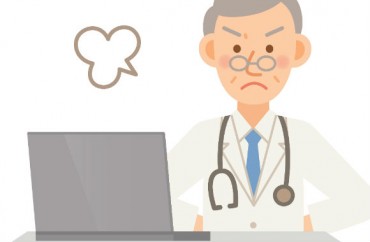 Here are some quotes with no context. See if you can hazard a guess as to who said them.

the gay community is still a bastion of disease and unhealthiness

gay men are largely responsible for the fact that syphilis, which seemed on its way out of existence in this country, is now resurgent

Still, we are not going to judge this public display of analingus, because the gay men’s health movement teaches us not to

Sounds pretty homophobic, right? Intolerant, no doubt? It could send you sprinting toward the nearest safe space for some puppy videos.

Then are you surprised these are statements from a Pulitzer Prize-winning gay journalist, Eli Sanders, in a massive 2003 feature on “irresponsibility on the part of gay men’s health organizations” in treating STDs as no big deal, published in the left-wing, gay-to-the-max Seattle alt-weekly, The Stranger?

I still remember the article to this day because it was so unexpectedly moralistic (even the title was “The Immoral Minority”). The Stranger then was edited by the raunchy sex columnist Dan Savage, who celebrates practically any sexual practice between two or more consenting adults.

This long-ago article came to my mind because a teaching hospital affiliated with Harvard Medical School has expelled a 30-year veteran from its staff because he warned his peers about the risks of gay sex.

All because the hospital refused to stop sending him gay-pride literature.

‘Harassment’ for presenting objective medical information … to other doctors

LifeSiteNews gave in-depth coverage to the plight of this veteran urologist, also on faculty at Harvard Medical School, in June:

Urologist Dr. Paul Church, a 65-year-old grandfather of 6, was expelled from Beth Israel Deaconess Medical Center (BIDMC) in Boston, Massachusetts, in March on the grounds that he had violated BIDMC’s “established standards of professional conduct” by using the center’s electronic information system “to communicate your unsolicited views about homosexuality that were offensive to BIDMC staff.”

Just last week Church’s appeal was rejected by a special panel at the hospital, said “pro-family” website MassResistance, whose activists “heavily leafletted” the hospital in July in protest of Church’s initial expulsion.

Church made himself a target more than 10 years ago when he and “like-minded colleagues” objected to the hospital’s participation in gay-pride events, LifeSiteNews said:

He kept getting LGBT-related invitations, and kept responding similarly. The last straw for his superiors came in 2011, when Church volunteered himself to appear in a video featuring LGBT staff on the “culture of inclusion” at the hospital. To present “the other side,” as he said.

His attempt at an open dialogue led to a harassment investigation and suggestion to resign.

Keep in mind that Dr. Church did not share his views in the least with patients – he was concerned about hospital messaging and participation in events that he felt encouraged unhealthy behavior. He told a “peer review committee” last year:

“This investigation is also not about whether you agree with my worldview or convictions.  What it is about is a fundamental freedom of expression of dissenting ideologies and even more than that, it is about an illogical, inappropriate policy decision on the part of the medical institution that flies in the face of our greater mission of promoting healthy behaviors and lifestyles.”

The committee found him guilty of “offensive” and “discourteous” statements about the gay-pride events. Church kept getting LGBT invitations, despite explicitly asking to opt out. That’s when he responded to a couple unwanted communications with two Bible verses, which basically sealed his fate.

MassResistance claims that Church’s case has received practically no coverage even in conservative media outside the “pro-family” sphere – neither Boston-area nor national:

But we suspect that the issue of the dangers of homosexual behavior is something they don’t want to discuss in any unbiased manner – and they simply believe that any discussion of it is “homophobic” and not worth reporting. For example, The Boston Business Journal, a relatively small publication, actually did report on it, but depicted Dr. Church as posting “anti-gay comments.” …

Probably most disappointing is that Boston’s “conservative” radio talk show host, Jeff Kuhner of WRKO 680 AM, has refused to bring it up it on his show, despite numerous requests.

It’s not really about his views on sexual health and orientation – it’s about whether “civility” is more important than academic freedom or excellence in the workplace.

It’s about whether private citizens can be forced to affirm views they disagree with as a condition of employment.

For people who appreciate narratives, Church’s situation can be made more interesting by comparing it to an episode of the excellent Showtime series Nurse Jackie, which ended its run this year.

Upbeat go-getter nurse Zoey (played by Merritt Wever, a national treasure) takes the initiative to give out free meningitis shots at a “rock-and-sleaze gay bar.” You see, her small public hospital has discovered a meningitis outbreak among gay men but the CDC doesn’t want to create a panic by acknowledging it. As the EW recap states:

Thor [the gay nurse] assures Zoey that she doesn’t belong there. Zoey, being Zoey, doesn’t care and declares that she’s going, to which Thor sighs and concedes, but she needs to “wear scrubs, hot shoes and eyeliner.” Because obviously.

Later, Prentiss [the impossibly handsome but gruff military doctor] joins her at The Cock to help vaccinate the patrons, pass out ring pops and — proving he’s working on his bedside manner — bust a move on the dance floor.

What is Zoey doing? Acknowledging problematic behavior among gay men and trying to mitigate it. What is Dr. Church doing at Beth Israel Deaconness? Encouraging his colleagues to promote healthy behavior in high-risk communities.

I have no doubt that it really annoys Church’s colleagues to hear his complaints about gay sex, including those two Bible verses.

But did they ever consider how annoying it is for him to keep getting gay-pride literature shoved down his throat?