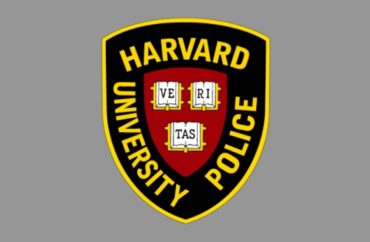 Harvard has decided to close a 17-year-old campus police station because students said it made them feel “intimidated.”

According to The Crimson, Harvard University Police made the move regarding the Mather House substation last week, which long has been the subject of student derision.

Mather resident Faith Woods said she is “well aware” police are “not there to keep [her] actively safe.” Having a cop car parked outside the residence means nothing, she added, saying it actually “implies” residents are being “watched and policed.”

Student Eleanor Taylor went further, alleging the substation is “violent”: “The real effect that the presence of the HUPD substation has […] is simply a violent, visual intimidation tactic that students are forced to see every time they enter the house.”

While the Mather facility is set to close, HUPD continues to operate substations at the University’s Longwood Campus, the Smith Campus Center, and the Harvard Kennedy School’s Wexner Building.

“The closure will not impact the Department’s ability to respond to calls from the community in an effective and timely manner,” [HUPD spokesperson Steven] Catalano wrote.

According to the department’s website, the substations are part of a broader focus on “community-oriented problem solving,” aimed at building trust between the department and Harvard affiliates through increased communication and interaction.

But an external review into HUPD conducted in 2020 recommended that the department reevaluate its current approach to “community policing,” noting that many students and faculty saw the HUPD’s outreach efforts as “superficial and perfunctory.”

Interestingly in late 2020, Harvard Dean Rakesh Khurana noted the Harvard Police Department would be utilized to enforce COVID-19 social distancing. He said the purpose was “not to punish people,” but to “protect the health and the well being of [the] community.”