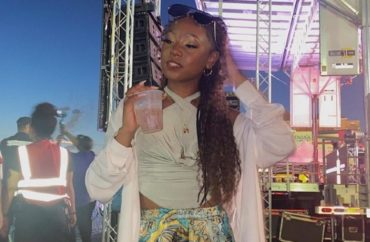 A Harvard student newspaper editor wants the world to know that she will no longer be pursuing a medical career because the “germ of white supremacy” has become too large for her to ignore.

“To students, teachers, peers, and the Harvard community: This is my official farewell to the pre-medical track here at Harvard,” Kyla Golding, an editor with The Crimson wrote on October 22. The choice is “as revolutionary as any path — career or otherwise — we could ever choose,” Golding (right) said.

The paper editor came to her decision after having to take an inorganic chemistry test at the Massachusetts college the same day a Kentucky jury declined to charge two police officers involved in the shooting death of Breonna Taylor. The shooting of Taylor became another rallying point for Black Lives Matter activists.

“That day,” Golding explains, her “body inhaled molecules of white supremacy.” The molecules “seeped out of [her] computer” and “entered [her] bloodstream.” The infection of white supremacy “catalyzed a metabolism that would allow for the invasion of my body by a violently infectious life form.”

An act of ‘self-love’ and ‘preservation’

Her decision to drop out of the pre-med track is an act of “self-love” Golding explains, a way for her, as a black woman, to fight the patriarchy.

“I have chosen a path to justice and healing that is rooted in self-love and preservation,” Golding said.

“For Black women, self-care is an act of liberation. It disrupts systems of power — even at places like Harvard — that hold a stake in patriarchy and institutionalized racism,” Golding reminds her readers.

“It is a way for us to free ourselves and dilute our pain from historical patterns of trauma caused by everyday violences,” Golding said. “It is a crucial aspect of embracing and valuing our dignity and self-worth because trauma doesn’t have to be our destiny.”