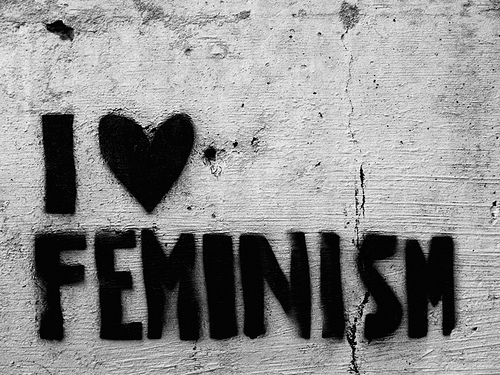 Have you heard about the latest program for gender equality at Harvard? It has to do with teaching adult women how to raise their hands.

At Harvard Business School, feminist leaders were concerned to discover that female students, despite being among the brightest and most highly qualified women in the country, weren’t speaking up as often as men in class.

Solution? Teach these young women how to raise their hands–just like children do when they have to go potty in preschool.

The social engineering experiment went so far as to teach the best and the brightest how to raise their hands with confidence:

Women at Harvard did fine on tests. But they lagged badly in class participation, a highly subjective measure that made up 50 percent of each final mark. Every year the same hierarchy emerged early on: investment bank and hedge fund veterans, often men, sliced through equations while others — including many women — sat frozen or spoke tentatively. The deans did not want to publicly dwell on the problem: that might make the women more self-conscious. But they lectured about respect and civility, expanded efforts like the hand-raising coaching and added stenographers in every class so professors would no longer rely on possibly biased memories of who had said what.

The really long article goes on to describe improved performance under the innumerable artificial conditions created to help the women succeed versus the men. Conditions, of course, that do not exist in the real, competitive world.

Otherwise, this story would not be worth writing about…

To appreciate this absurdity of this project of “gender equality,” you have to understand that, traditionally, MBA students have at least two to three years in the corporate world before they enter business school. So this story is not referring to eighteen-year-old college girls, it’s referring to women who are in many cases 25-30 years old, and who have already held corporate jobs.

Yet Harvard leaders are treating these adult women like children.

Take another good look at that photograph–Is this what feminism looks like in the 21st century?

Treating people like capable, responsible adults is not part of the language of modern liberalism. In fact, liberalism, with its focus on victimhood and identity politics, tends to “help” people only by means of appalling condescension. Thus you get things like racial quotas, or tests that are designed specifically to produce more equal outcomes. In this case, you get grown women being treated like four-year-old girls.

It’s no wonder a majority of women refuse to call themselves feminists.

If you were a woman at Harvard, and you had some member of the gender-equality police trying to teach you how to raise your hand, would you feel empowered?