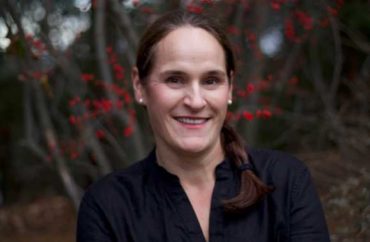 ‘Dozens’ of students walked out in protest

Approximately two-thirds of a Harvard Law School audience walked out on an event with a pro-life legal scholar on the future of America “After Dobbs,” according to the speaker.

“Dozens of Harvard Law students staged a walk out protest of a post-Dobbs panel I spoke on (with Prof. Stephen Sachs) today,” Erika Bachiochi, a fellow of the Ethics and Public Policy Center, tweeted Sept. 29.

Dozens of Harvard Law students staged a walk out protest of a post-Dobbs panel I spoke on (with Prof. Stephen Sachs) today. The HLS administrator (whose name I've forgotten) handled it beautifully, stating that 'freedom of speech… is a bedrock principle' of legal education…

Bachiochi spoke to the remaining audience members on how state courts have interpreted, or will interpret, their own constitutions to consider abortion bans or restrictions in the wake of the Dobbs v. Jackson Women’s Health Organization June 2022 decision.

The landmark case overruled Roe v. Wade and held that “the Constitution does not confer a right to abortion” and “the authority to regulate abortion is returned to the people and their elected representatives,” according to SCOTUSblog.

“State courts…have authority to interpret their own constitutions…and so, it probably won’t surprise [you] to learn that some states have interpreted their liberty, privacy or equality clauses more expansively than [the Supreme Court],” Bachiochi stated in her prepared remarks, which she shared with The Fix.

“[Twenty-five] states plus DC protect full access to abortion; 15 states prohibit all or nearly all elective abortions. The final 10 states are where all the interesting legal action is,” Bachiochi continued.

The panel had been standing-room-only

Though Bachiochi has argued against abortion, she did not address the ethics of the issue nor recommend that states ban it in her prepared remarks at Harvard on Thursday.

“I’d say almost 2/3 of the students walked out,” she said of the protest.

“It had been standing room only, so after they left we still had a good number of students there,” Bachiochi told The College Fix via email on September 30.

Students began walking out at the beginning of the event “almost as soon as Professor Sachs started talking,” and before Bachiochi’s remarks, she told The Fix on Twitter.

“No idea what the trigger [was],” Bachiochi said.

However, many students remained and asked “excellent” questions, Bachiochi stated on Twitter.

For my part, I told the students when I approached the podium that as a pro-choice student at Middlebury College in the 90s, I likely would have walked out too. Those were my people. Glad some of 'my people' stayed & asked excellent Qs. I am better for it. Hoping they are too.

“I [talked] to a few students afterward about the ill effects of the sexual revolution on women and the question of whether an embryo was a human being,” Bachiochi told The Fix.