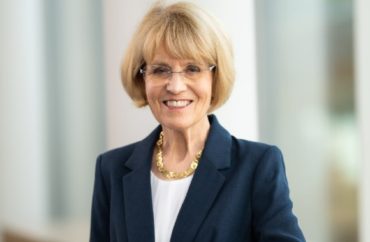 The University of Michigan launched a new initiative to fight for abortion in anticipation of the potential reversal of Roe v. Wade, the 1973 court decision that legalized abortion in all 50 states.

The Supreme Court has not yet released an opinion in Dobbs v. Jackson, a case that concerns Mississippi’s 15-week abortion ban, but a leaked opinion from Justice Samuel Alito appeared to show a majority in favor of reversing the 1973 decision.

The university stated that a ban on the abortion of preborn babies “has potential impacts across all of the University of Michigan’s missions,” according to a news release from Michigan Medicine. That is why it formed the “task force on abortion-care access.”

The state never repealed its 1931 law that criminalized abortion, so if Roe is reversed, Michigan would automatically have a ban on it, though the criminal code is being challenged in court. A judge who regularly donates to Planned Parenthood temporarily blocked the law.

University leaders, including the president, have stated that the taxpayer-funded college will take a strong stance in favor of abortion.

“The specter of a complete ban on abortion care in Michigan is worrisome. I strongly support access to abortion care,” President Mary Sue Coleman (pictured) stated in the news release. “We have a female-dominated institution; we care about our own communities as well as those we serve through clinical care and education.”

Abortion prohibitions, according to Coleman, could “affect U-M’s medical teaching, our research, and our service to communities in need.”

Spokesperson Rick Fitzgerald declined to answer when asked for comment on the task force and how many abortions were committed at the university hospital between 2021 and June 2022.

Dr. Lisa Harris, an OB/GYN and professor, will co-chair the task force. She said she is concerned about an increase in the birth rate if abortion is banned. Harris said a possible “17% increase” in birth rate would be a “dramatic shift” and not something the state’s medical centers would have the “capacity” to handle.

She did not respond to multiple emails from The College Fix in the past week that asked for abortion numbers for the university hospital and for comments on the task force.

Harris is also the medical director for a regional Planned Parenthood, the nation’s largest abortion vendor.

She wrote in the Detroit Free Press that she is already planning now how to help women get abortions in other states, like Illinois. “If allowed, we can offer referrals out-of-state and pre-travel ‘teeing-up,’” Harris wrote. “This may include ordering an ultrasound or bloodwork and, for patients with underlying illnesses, speedy specialist consultation to ensure they can safely receive care on arrival.”

A Michigan pro-life activist told The Fix that the university should not focus on abortion but instead on helping women.

“Access to abortion– should abortion be banned in Michigan, is not what young college women really need,” Monica Miller, director of Citizens for a Pro-Life Society, told The Fix via email.

She told The Fix that the task force, if it “really cares about women” would put “money and effort into providing real health care and practical, material assistance to pregnant college students, assistance that would enable them to continue their education while pregnant.”

These actions would help students choose life “rather than aiding them in the destruction of innocent human life!”

“Calling such access ‘abortion care’ is an oxymoron– abortion is not ‘care’ it is violence, violence against unborn children who have a right to be welcomed and violence to women who deserve better than simply being sold an abortion,” Miller stated in her email.