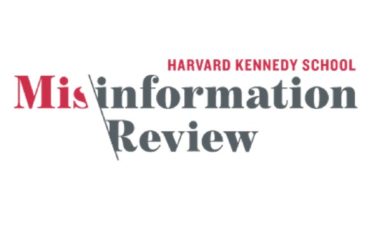 Founders of an African-American advocacy group filed a lawsuit against Harvard University and its Misinformation Review for allegedly publishing defamatory statements.

“The case is still in its early stages, but is gaining momentum,” Lance Filer, an attorney representing Yvette Carnell and Antonio Moore, told The College Fix via email. He declined to comment further at this time.

The state lawsuit accused Harvard University and its affiliates of defaming Carnell and Moore, the founders of American Descendants of Slavery, a group that advocates for African-Americans. ADOS wanted black Americans in 2020 to promise to vote for down ballot candidates only, unless the Democratic presidential nominee embraced a specific agenda.

This is not how Misinformation Review, a publication of the Harvard Kennedy School and its Shorenstein Center, framed the aims of the organization and its founders.

According to the lawsuit, the article “[c]ontains allegations of [Carnell and Moore] engaging in widespread voter disinformation and suggestions of voter suppression; ignoring Covid-19 and any potential impact on African-Americans; Using their platform to disenfranchise black Americans from voting Democratic candidates at upcoming local and national elections; and implications of ties to Russian Disinformation.”

The retracted article, according to the lawsuit, cites confirmed cases where Russia influenced elections through political movements and groups and then concluded that it is “natural to suspect ADOS of being propped up by Russian activity like similar campaigns in 2016.”

However, the authors provide no evidence to support the claim, according to the lawsuit.

Following the publication of the article, Carnell and Moore asked Harvard’s Kennedy School to retract the paper. After six months of indirect requests, “they formally requested a retraction,” according to the lawsuit.

The attorneys argued that “not only was contrary information widely available to prove those allegations as false, but requests for retractions were ignored for over a year while the authors used Harvard University and its established networks, credibility, and influence to defame [Carnell and Moore].”

The retraction note stated that “a Harvard researcher not directly affiliated with the journal,” conducted an “internal review” in August 2021.

When the review found the article to be full of flaws, the publication conducted an “external independent review” which confirmed the initial review’s findings a week and a half later.

Yet, the publication and Harvard did not release their retraction note with the findings of their reviews until December 20, 2021, four months after the reviews confirmed the article’s flaws.

The Fix contacted Harvard University, Harvard Kennedy School and the Misinformation Review for comment on the case.

“We are unable to comment on pending legal matters,” an email from the publication stated.

No other responses were received to questions asked about the fact-checking process and the time it took to conduct a review.

The Fix also contacted several authors of the article affiliated with liberal group MoveOn.org but did not receive a response.