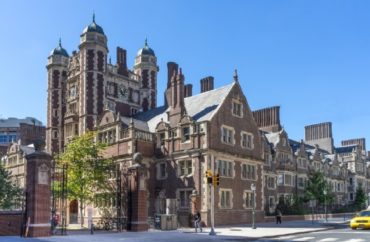 Two Ivy League students face plagiarism allegations according to a petition that has accumulated over 5,500 signatures as of June 7.

A group called “For Justice in College Applications,” cited multiple instances of alleged plagiarism by Madeline Choi and Annabelle Choi, siblings “accepted to the highly-selective 7-year bio-dental program at UPenn.” The group calls itself “a group of parents, students, teachers, and researchers who are fighting for justice and integrity in academic research and the admission process for highly selective universities in the United States.”

Annabelle is a current student, and Madeline is a high school senior accepted in the program who will presumably start classes this fall.

A 30-page document cited incidents of alleged plagiarism in papers that were authored by the sisters.

The petitioners want an investigation by Penn and for the Chois to “admit their wrongdoings and apologize to the researchers whose work they have plagiarized and published as their own.” The group wants other listed co-authors to apologize too.

The College Fix emailed Madeline about the allegations against her and her sister but did not receive a response. The Fix could not locate an email for Annabelle.

“Innocent until proven guilty. The cyberbullying is overboard and inhumane given the full political context,” the older Choi told the campus newspaper.

The Chois’ uncle, Han Dong-Hoon, is the attorney general of South Korea, and one unnamed Korean graduate told The Daily Pennsylvanian the petition is a political move.

A recent Penn graduate, who was a leader of Koreans at Penn, told the DP that the allegations against Annabelle and Madeline appear to be part of an organized attempt by certain Korean American communities to hurt Han’s political standing. The graduate requested anonymity in fear of retaliation.

“Their first target is Annabelle. Their second target is her sister,” the graduate told the newspaper. “And the third is their cousin, who is the daughter of the newly appointed justice minister, which is an attorney general equivalent in South Korea.”

The website CopyLeaks detected plagiarism in the sisters’ six papers, with “Percent Similar” results that spanned from 46.2 percent to 78.2 percent.

According to Penn’s “Academic Dishonesty Definitions” in the Code of Academic Integrity, plagiarism is defined as “using the ideas, data, or language of another without specific or proper acknowledgment.” Examples given include “copying another person’s paper, article, or computer work and submitting it for an assignment; cloning someone else’s ideas without attribution; failing to use quotation marks where appropriate.”

The Fix reached out via Google document to the group that published the allegations to inquire how it received this information about the Chois and if it had been in contact with them since the start of the petition. The group did not respond in the past week.

A Daily Pennsylvanian article highlighted the “surprise and disappointment” of the professor’s work that had been allegedly plagiarized. “The professors also called on Penn to respond to the allegations and investigate whether the papers were attached to the students’ college applications,” the campus newspaper reported.

One of the authors, University of Illinois Urbana-Champaign professor Falvia Andrade, “told the DP that the authors of the California paper used ‘exactly the same quotes’ as her paper in some sections.”

The campus paper reported both Ozio and Megan Gallagher, the admissions director, declined to comment to its questions.