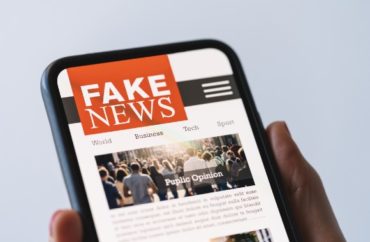 Ignores requests to fix the problems

The student newspaper at one of the nation’s top universities keeps flubbing its coverage of hateful acts against Asian-Americans.

The Harvard Crimson has company — CBS News made a similar mistake, mixing up nearly 4,000 anonymously reported “hate incidents” with “hate crimes.” The paper has made the mistake at least four times in the past month, erroneously claiming that there have been 3,795 hate crimes reported against Asians in the past year, when there has not been.

The College Fix reviewed the articles in question and all of them still had the mistake present as of Sunday afternoon, despite multiple attempts to contact the reporters and editors to seek a correction.

A March 23 article covered a resolution from the Ivy League university’s undergraduate council that condemned violence against Asian-Americans in light of the attack at an Atlanta spa.

“The statement cites a report published by the reporting center Stop AAPI Hate that traced 3,795 anti-Asian hate crimes during the past year,” reporters Mayesha Soshi and Lucas Walsh said.

But the Stop AAPI Hate report never uses the word “hate crime” or “crime.” It refers to acts as “hate incidents.” The group explicitly said on its website that it avoids the word “crime” because it has a legal definition, and not all hateful acts, such as yelling racial slurs, are also crimes.

Nearly 90 percent of the reported incidents fall under “verbal harassment” or “shunning.”

Walsh and Soshi have not responded to multiple emails sent in the past two weeks asking for clarification and a correction.

A page on the Undergraduate Council’s website provided a number of petitions and actions people can do to support the Asian-American and Pacific Islander community, but none of those documents provide a specific number of hate crimes.

A fundraiser page does not include a specific number, either.

Two reporters made the same mistake twice in one day

“A Tuesday report from nonprofit Stop AAPI Hate documented 3,795 hate crimes against Asians from March 19, 2020 to February 28, 2021,” Crimson reporters Audrey Apollon and Leih Teicholtz said in a March 19 article. The pair botched the stat a second time in an article on the same day.

“Since March 2020, 3,795 anti-Asian hate crimes have been reported in the United States, according to data published this month by the reporting center Stop AAPI Hate,” the Crimson reported again on March 26, this time in an article by Raquel Uribe and Alex Koller.

The Fix has reached out multiple times to the paper to point out the issue, but has not received a response.

The College Fix emailed managing editor James Bakales and editorial chairs Hana Kiros and Chloe Shawah and asked for a copy of the resolution. The Fix noted the error made by the reporters in the March 23 article, but did not receive a response as of April 8. The Fix also left a voicemail for Bakales.

Amanda Yu, the president of student paper, did not respond to an email inquiry on April 1.

The Fix emailed all six reporters that had the error in their articles, as well as Bakales and the editorial chairs, the listed contacts for corrections, but did not receive a response to the April 8 email.

The Fix included a link to our article that explained the problems CBS News had made and pointed out the errors in the Crimson pieces.