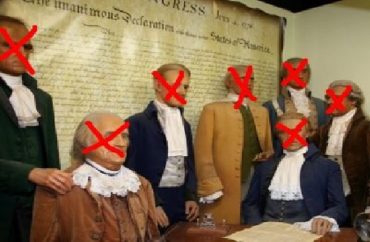 In a twist on “cultural appropriation,” a Harvard University theater professor is directing a new version of the classic musical “1776”: The cast will be comprised entirely of female, nonbinary, trans, and genderqueer individuals.

“1776” began on Broadway over 50 years ago, and was turned into a movie in 1972 starring William “Boy Meets World” Daniels and Ken “The White Shadow” Howard. The production’s story centers on the summer of that pivotal year, when the American Founding Fathers debated independence from Britain.

According to Harvard’s American Repertory Theater website, director Diane Paulus’s adaptation will “reexamin[e] this pivotal moment in American history,” which Martin Luther King Jr. called a “promissory note” which America “has defaulted on.”

The cast features “multiple representations of gender, race, and ethnicity that allow this revival of 1776 to more broadly reflect today’s America, our America.”

The ART site notes “As artists, we are embracing our American history as a human predicament and are committed to the process of learning from the past in order to move forward together.” 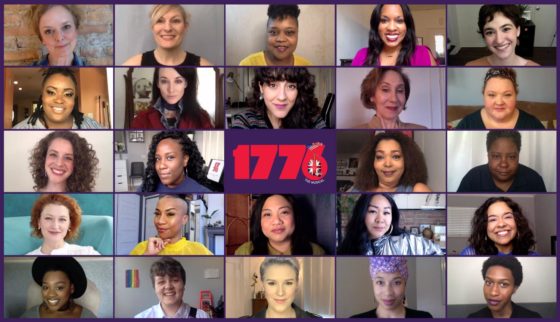 In highlighting one of the production’s actors, Culture Map reports Paulus’s cast “has reportedly begun rehearsing through Zoom, with A.R.T. confirming that the musical will play as a part of its 2020/21 season (though exact dates have not been announced).”

“I have been overwhelmed by the compassion, humanity, and unstoppable creativity expressed by our company of 1776, who have come together from across the country for our virtual workshop,” Paulus said in a press release, according to CM. “Their resilience has infused me with hope for the future of theater amid this time of uncertainty.”

Paulus is a Practice of Theater professor in Harvard’s English department, and artistic director of the ART. According to her website, she was one of Variety’s “Trailblazing Women in Entertainment for 2014” and Boston Magazine’s “50 Thought Leaders of 2014.”