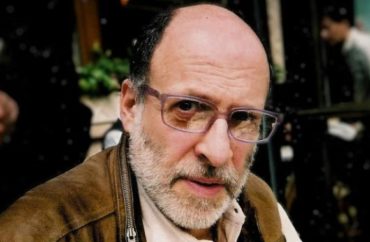 If elected he’ll dismiss nine out of 10 administrators, he said

Harvey Silverglate, a criminal defense and civil liberties litigator and co-founder of Foundation for Individual Rights and Expression, is a sharp critic of college administrative overgrowth.

He’s running for the Harvard Board of Overseers, an influential governing body whose members are elected by alumni.

Silverglate identified two fatal results of too many administrators: obscene college costs and a coddling of college minds. To fix it, he’s offered the boldest proposal I’ve seen.

College costs have increased by 169 percent between 1980 and 2020, according to Forbes. Silverglate has noted the tuition inflation over the course of his five-decade career involved in higher education legal matters, he wrote in a recent essay for Quillette.

“Administrative bloat” is the reason he has given.

At Yale University, there are as many administrators as undergraduate students. The bureaucracy at elite schools has expanded exponentially.

“Every dean, it seems, has a deputy dean; with deputy deans sometimes having several assistant deputy deans,” Silverglate wrote. “Many of these positions come with secretaries and other forms of administrative support.”

This dean regime is quite expensive. Silverglate cited the example of the University of Michigan, which in 2019 was paying $10.6 million a year to 76 diversity officers on one campus.

“This kind of encroachment has been subtle, but faculty members and other long-time observers of higher education can recognize the phenomenon even if it evades precise description,” he wrote.

Administrators are expected to ‘create a home’

Even more, the army of deans has created “a school within a school, teaching content based on the mandate of their respective offices (disability accommodation, diversity, anti-discrimination, sustainability, student-life enhancement, and so forth),” Silverglate wrote.

Administrators have outpaced academics as the guardians of academic life, and the student character may have changed accordingly.

When a Yale student erupted in anger in 2016 at professor and housing administrator Nicholas Christakis following an email his professor wife sent cautioning against oversensitivity to Halloween costumes, she was reacting to him as a pseudo-parent who was meant to build a home, not as a teacher meant to challenge her.

She was treating him, in short, as an administrator.

“What concerns my colleagues and me is the growing expectation among parents and students that college administrators are there not to guide young people, whatever their challenges, in mastering the tasks of adulthood, but to spare young people from them,” Lee Burdette Williams, former dean of students at Wheaton College and the University of Connecticut and a higher education consultant, wrote on August 31 in Common Sense.

No number of helpful administrators can give students all the basic skills to thrive as young scholars. Students need to build adulting skills on their own; they can’t ask everything of their deans.

But that won’t stop colleges from continuing to hire them.

The solution to the administrative encroachment is with “college and university governing boards, which typically are composed of non-academics prominent alumni and civil leaders who play the equivalent role of civilian commanders-in-chief overseeing the military,” Silverglate wrote.

“These governors must wrest control from the bureaucrats who have a vested interest in maintaining (or even exacerbating) the status quo, regardless of its dire effects on these academic institutions,” he continued.

Harvey Silverglate is a liberal. I’m a conservative. Over the years we have disagreed on any number of important subjects. But I'm rooting for him to succeed in winning a seat on @Harvard's Board of Overseers. My column today explains why.https://t.co/DfIljTFq7Z

Silverglate is rightly “alarmed by the university’s top-heavy ‘administrative state,'” Jacoby wrote on October 30 in The Globe.

“Administrators at Harvard now outnumber faculty by 3 to 1 — a considerably higher ratio than at other leading schools,” he continued. “Since 2002, according to Silverglate, Harvard has increased its administrative spending by an explosive 176 percent, while spending on academic instruction has grown by only 43 percent.”

While he supports Silverglate for the Board of Overseers, Jacoby recognizes that he must be elected by an unconventional route.

“Ordinarily, overseers are chosen from a slate of insider candidates selected by a committee of the Harvard Alumni Association,” Jacoby wrote. “But there is an outside route: Candidates can get on the ballot if enough Harvard graduates sign a petition nominating them.”

The petition is open from November 3 until February 3, according to Silverglate’s campaign website.

“If 3,188 alumni put their names on [Silverglate’s] petition, he will be listed as a candidate in the 2023 Overseers election next spring,” Jacoby stated.

If his petition is successful, and he is elected, Silverglate has an elegant solution to the problem of administrative over-expansion.

“My campaign promise? If elected, I will propose dismissing nine out of every 10 administrators, and then reducing tuition accordingly,” he wrote.

Sympathetic alumni should not need my urging to sign the petition and vote Harvey for Harvard.

MORE: Administrators are not your parents

Editor’s note: The headline of this piece has been changed to more precisely reflect Silverglate’s campaign pledge.