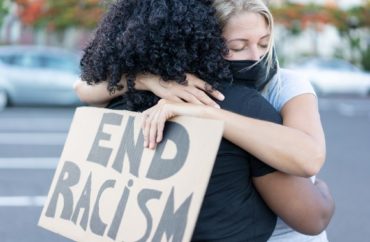 BOOK REVIEW: A higher education nonprofit executive uses her story as the starting point for her commentary on what she sees as a broken system

The founder of an education nonprofit that helps low-income racial minorities attend and pay for college has written a book that addresses the structural problems she sees in higher education.

Nicole Lewis’ book “Pregnant Girl” chronicles her journey as a pregnant college student, with statistics and broader societal commentary woven into her story. This experience inspired her to create Generation Hope, a nonprofit.

The book “reveals how the American system of higher education … is built on racist and classist assumptions that leave behind a huge portion of the population,” according to a news release from Lewis’ public relations agency sent to The College Fix with a copy of the book.

Despite the assertions made by Lewis about racism and classism, conservatives should not quickly dismiss this book as a piece of liberal propaganda.

Lewis has two pregnancies that are the center of this book — one that tragically ends in a miscarriage and another that is the center of her time in college.

Her pregnancy in high school includes stories of the unsupportive nature of some of the teachers at her school and others, including towards other pregnant students. Pro-life conservatives will find themselves in agreement with the need to support pregnant students and address anti-natal views that can push women to have an abortion.

“I couldn’t see myself terminating the pregnancy,” Lewis writes about her first pregnancy. “Maybe it was because of my Catholic upbringing,” Lewis ponders, or because “I had always imagined that, one day, I’d be a mother.”

Lewis writes about a girl named Chelsea that she met later. “When her growing belly became too obvious to hide, her teachers found ways to remove her from their classrooms,” Lewis says.

The author shared with The College Fix what she would like seen on college campuses to better support pregnant students, including examining the racial elements behind policies. She has testified to Congress in favor of expanding campus child care.

I did a thing. I wrote #pregnantgirlbook, which is such a piece of me, and today it's #publicationday. It's BEYOND surreal because this journey has been a long one – not only bringing this book into the world but also overcoming the obstacles as a young mother that it details. pic.twitter.com/LsFbV4g6jP

“As a first step, institutions can begin tracking the parenting status of their students (most colleges don’t do this) so they have a sense of how many of their students have caregiving responsibilities,” Lewis told The Fix in an email through her media representative.

“Next, taking the time to examine the policies and processes that might exclude parenting students — an example of this is requiring all freshmen to live on campus. Changing these policies can not only help parenting students thrive academically, but it can also contribute to them feeling more welcome in their campus community,” Lewis said.

“Lastly, I’d say it’s so important to apply a parenting-student lens to a university’s Diversity, Equity, and Inclusion work since we know that student parents are more likely to be students of color,” she said.

While conservative and liberal readers will likely find themselves both agreeing with the need to support pregnant and parenting students, they will likely part on the role racism plays in our society.

Throughout Lewis’ story, the reader hears about the father of her first two children, a man named Rakheim. We’re told that Rakheim would come to class “stinking like weed” and he was “failing” most of those courses.

Lewis frequently argues that racism and classism held back her and Rakheim, especially as they lived together near the end of high school. But those charges are hard to reconcile with the numerous opportunities Rakheim has, and then blows.

There’s three main jobs Rakheim holds, not counting selling drugs, which he often falls back on instead of his legal job.

He is hired at a carpentry shop, a pipefitter and obtains a welding apprenticeship while attending a Virginia school on a football scholarship.

Lewis did not see a contradiction with this and her statement about “how hard it is to be motivated when opportunities and resources are nearly non-existent.”

She said “the fact that Rakheim had job offers isn’t evidence that systemic racism doesn’t exist.”

“A Black man or woman can be employed but experience wage disparities or be passed over for promotion opportunities because of long-standing discrimination in the workplace toward people of color — particularly Black people,” Lewis told The College Fix.

“So the fact that he took those jobs but also chose to sell drugs doesn’t erase the fact that throughout his life systemic racism robbed him of too many opportunities, advantages, and things he could rely on,” Lewis said. “This is the case for many Black, Hispanic, and Indigenous people in our country.”

The abusive father of her child is a victim of ‘oppression’

Lewis disagreed with other contradictions raised by The Fix.

She wrote in her book that the “mass incarceration of Black men” is “backed by white oppression.”

But Lewis herself went to the police after threats from Rakheim, including telling her he wanted to “beat the shit” out of her and “put a bullet” in her head. The cops said they could not arrest him based on threatening text messages, but directed her to get a restraining order.

“It is possible to acknowledge the fact that the mass incarceration of Black men is backed by White oppression and to also contemplate calling the police when you fear for your child,” Lewis told The Fix, when asked to address how her own reliance on law enforcement squared with a narrative of oppression.

“During the 1970’s and 1980’s the prison population ballooned thanks to political rhetoric that called for more punitive policies, and communities of color were disproportionately incarcerated as a result, Lewis said. “Protecting victims can — and should be — aligned with ensuring that there are equitable outcomes — regardless of the color of your skin — in our justice system.”

The Fix had asked Lewis how society should “balance protecting the victims of crime” with reducing “mass incarceration,” especially since the accusers of someone is often the same race.

“The largest percentage of violent incidents committed against white, black, and Hispanic victims were committed by someone of the same race or ethnicity,” the Bureau of Justice Statistics noted in its 2019 victimization report, for example.

At many places in the book, individual examples of hardships appear to be forced into a broader historical context.

Her experience as a black teen involved not only Tiger Woods winning the Masters golf tournament, but also “the acquittal of three police officers tried in the horrific beating” of Rodney King, Lewis said.

This is a theme, and a flaw, of the book; a frequent reliance on current, or future events, to try to understand her own experiences.