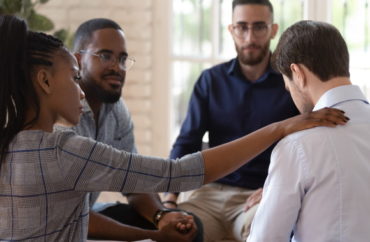 The University of Kentucky hosted an anti-racism workshop that apparently aimed to teach deans and other top faculty to accept their “white inferiority” and work to enhance diversity, equity and inclusion goals in their departments.

The university paid $5,000 to the Center for Healing Racial Trauma for the workshop, according to invoices recently obtained through a public records act request by Young America’s Foundation.

Titled “Cultivating an Anti-Racist Mindset for Academic Administrators,” the workshop was hosted last winter by the center, which offers trainings designed to heal people of racism and teach them to be anti-racist, among other services.

The center is run by University of Kentucky psychology Professor Candice Hargons, according to its website. Hargons did not respond to a request for comment from The College Fix.

The session involved deans and other top faculty writing out their “chosen metric for anti-racism,” to whom they have chosen to be accountable, and the steps they have taken thus far to address it. The details of the sessions were reported on by YAF, which obtained copies of hand-written cards by participants on how they will be anti-racist.

For example, Mary Davis, dean of the UK’s College of Law, wrote she has begun to “force myself to accept white inferiority,” and that it is “really hard.” Executive Vice President for Finance and Administration Eric Monday wrote that he plans to specifically hire more black, indigenous or people of color with a minimum salary of $50,000. He also wrote that he has created a $250,000 BIPOC recruitment fund. The “information revealed by these administrators’ answers, as well as their willingness to participate in such a workshop, show how truly far-gone our universities are,” YAF noted.

University of Kentucky’s media affairs division did not respond to multiple requests for comment from The College Fix.

The president of University of Kentucky did, however, acknowledge in April YAF’s FOIA request in an email to staff and students. President Eli Capilouto stated that officials will not stop hosting anti-racism events simply because their details are being reported on in the media.

“The important work at our university to create a more diverse and accepting community is vital. It must — and will — continue. We will not be deterred by these efforts,” Capilouto stated. “We will not stand down in our Diversity, Equity and Inclusion Implementation Plan, which involves faculty, staff and students across our campus.”

The president of University of KY sent a campus-wide email regarding @YAF's recent FOIA requests for "anti-racism" programming materials.

While noting they are required by Kentucky law to provide the docs & emails, UKY pres says "we will not be deterred" by @YAF's investigation. pic.twitter.com/15jqQAAZOH

“It was a battle to get these documents via a Freedom of Information Act request,” she said. “UK spent weeks attempting to delay us, but our legal team persisted and saw it through.”

MORE: University of Kentucky apologizes for conspiring against, mocking YAF