The U.S. Department of Education defines “Hispanic-Serving Institution” as one with a (full-time) Latino undergraduate enrollment of at least 25 percent and is eligible for federal monies.

HSIs differ from HBCUs (Historically Black Colleges and Universities) in that they do not have specific mission statements “intended for minoritized students.”

The paper “Hispanic-Serving Institutions as Racialized Organizations: Elevating Intersectional Consciousness to Reframe the ‘H’ in HSIs” basically is comprised of the professors’ — Blanca Vega and Román Liera of Montclair State University and Penn State’s Mildred Boveda — “testimonios,” or “first-person accounts [of] instances of social and political inequality, oppression or any specific form of marginalization,” Penn State News reports.

Boveda (pictured), et. al. “applied an intersectional consciousness perspective on racialized organizations” to their findings which included “Whiteness operating as a credential, legitimizing unequal resources, diminishing agency among minoritized groups, and continued use of Mestizaje (disguised as Hispanic) as a prevailing ideology.”

The profs contend that Mestizaje, along with “Blancamiento” (whiteness), are “embedded” in universities and “perpetuate the invisibility of Latinxs, specifically those who embody Black and Indigenous consciousness, cultures, and physical characteristics.”

From the Penn State article: 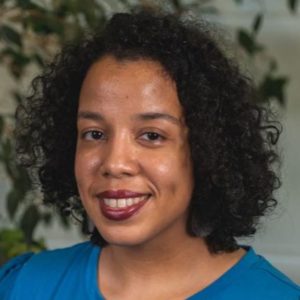 Boveda’s testimonio, she said, was intended to shed light on the power dynamics of racialized organizations. In a racialized institution, there are far more people of color toward the bottom of the social hierarchy but as you go higher, “it becomes increasingly white,” said Boveda. Those dynamics were reflected in the HSI where Boveda conducted her research, as undergraduate students were mostly Hispanic but faculty were predominantly white.

“That becomes a problem if the school is getting funding because there’s 25% students of color,” she said. “But it’s a racialized organization where the people with the least power to influence and shape it are people of color — that becomes something you need to critique.” …

In Liero’s [sic] testimonio, he discussed how he studied at an HSI where select faculty were training to become equity advocates that could mentor the university’s growing Latinx student population. In those spaces, he wrote, he observed how senior faculty devalued the skills and experiences of non-white Latinas.

Ironically, Boveda — who along with her colleagues used “Latinx” throughout the paper, a term overwhelmingly rejected by Latinos — said the word “Hispanic” is “Eurocentric,” “anti-Black” and “divisive.”

“Making all of ourselves Hispanic within HSIs is a form of Blanqueamiento and Mestizaje that erases and removes our Indigeneity and our African heritages,” she said.

According to her faculty page, Boveda’s research draws from “Black feminist theory and collaborative teacher education” and “focuses on establishing the theoretical and empirical evidence of validity of the intersectional competence construct.”